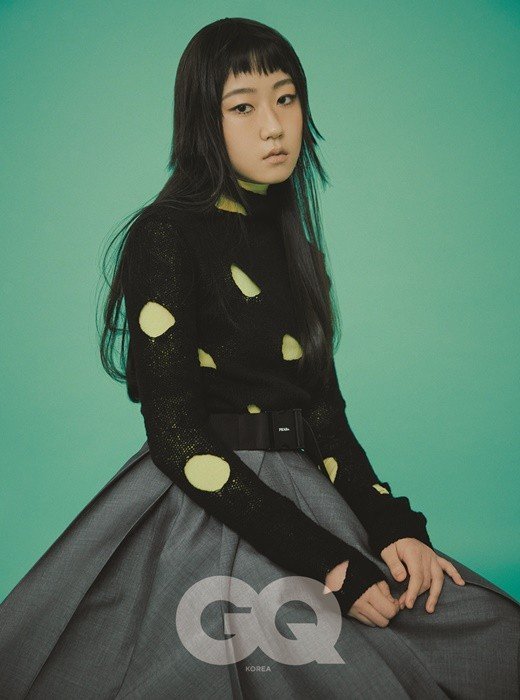 Kim Hwan-hee is more intense than ever in a special pictorial for the 20th anniversary of the founding of GQ Korea, a men's fashion magazine released on the 3rd. She is attracting attention by perfecting fashion styling, which shows bold choppy bang hair and the standard mix-and-match.

Kim Hwan-hee showed a 20-year-old who made the scene harmonious with bright energy and a fresh smile outside the camera, but she changed 180 degrees with deep eyes and colorful expressions when the shooting began. In an interview conducted together, she talked about what she wanted to accomplish the most this year when she turned 20 years old, saying, "I got a goal, a drama scheduled to air in May. I want to give my best performance".

Meanwhile, Kim Hwan-hee will return in May with MBC's new drama "I Have a Goal" as Lee So-hyeon, a 20-year-old who drops out of high school and makes a living as a pickpocket.

"Twenty Year-old Kim Hwan-hee's Charisma"
by HanCinema is licensed under a Creative Commons Attribution-Share Alike 3.0 Unported License.
Based on a work from this source