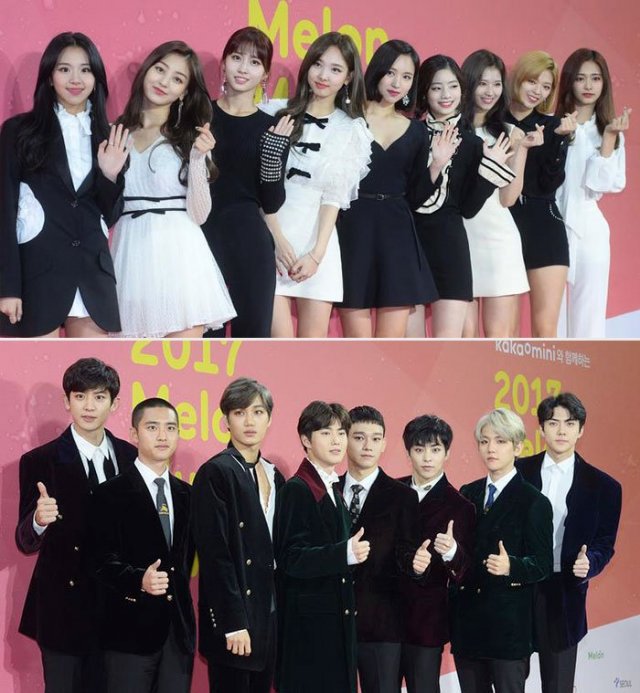 In a list released by Japan's largest music retailer on Monday, TWICE's Japanese debut album topped the list among the top 10 K-pop albums released there while EXO swept the top 10 imported albums charts with multiple albums.

Meanwhile, TWICE, who have been enjoying surging popularity in Korea and Japan, will release a compilation album next week consisting of their hit songs in addition to two new tracks, one of which is a carol in time for Christmas.

"TWICE, EXO Sweep Japan's Best-Selling K-Pop Albums Chart"
by HanCinema is licensed under a Creative Commons Attribution-Share Alike 3.0 Unported License.
Based on a work from this source