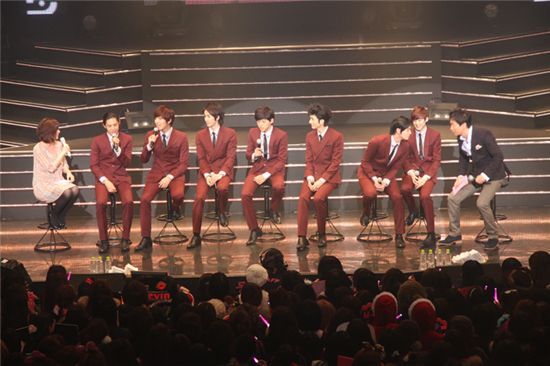 A press release by NH Media announced that "First Kiss", U-Kiss's first full-length Japanese album, took the No.2 spot on the daily Oricon chart as of December 10, the same day the group released the album in the country.

U-Kiss was notified of the result immediately following their two-hour long concert in Japan titled "First KISS Live" at ZEPP Tokyo for which all 5,000 tickets had sold out.

Just a day ahead of the album's release, U-Kiss also held a promotional event which involved a hand shaking session, an autograph signing session and short live performance of their hit songs at Tower Records in Shibuya of Tokyo.

The band plans to return home after appearing in several local television shows and fulfilling other schedules in Japan.

Meanwhile members Eli, Kiseop and Dongho will make appearances on MBC cable channel MBC every1's new sitcom which will go on air next January while Kevin Woo is scheduled the lead role in an upcoming musical. 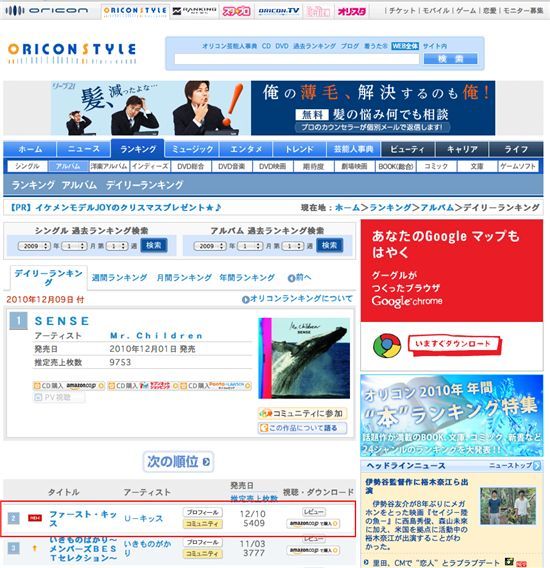