U-KISS Kevin Woo and Eli in "One And Only You" 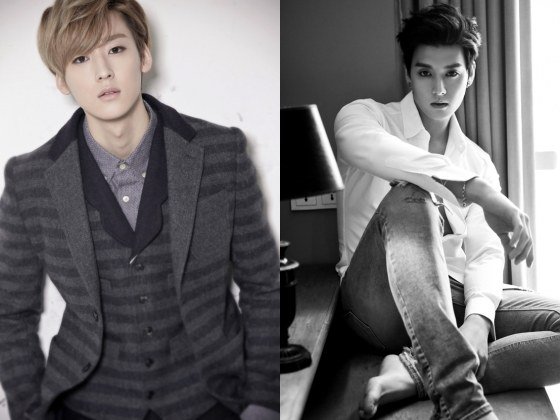 U-Kiss members Kevin Woo and Eli are starring in the TV Chosun drama "One And Only You".

Kevin Woo and Eli play the roles of Hong-seok and Kay, both members of a 5 member idol group called Pentagon in "One And Only You".

Hong-seok seems like a cold-blooded character as he breaks up with his girlfriend for the sake of business but hides in the back and survives the pain.

On the other hand, Eli's role of Kay is a humorous character who socializes well and has a knack for speaking but has the warmest of hearts.

As real idols, Kevin Woo and Eli are going to use their experience as idol singers to influence their roles in the drama.

They are expected to go through a mass transformation for Pentagon quite different from U-Kiss.

Kevin Woo and Eli have had experience acting in various musicals and music dramas. They have also respectively been cast for the web-drama "About Love" and the Chinese version of "Full House".

Meanwhile, "One And Only You" is about a top star who doesn't believe in love, a woman who is betrayed by love and a man who dreams of becoming a star.

"U-KISS Kevin Woo and Eli in "One And Only You""
by HanCinema is licensed under a Creative Commons Attribution-Share Alike 3.0 Unported License.
Based on a work from this source