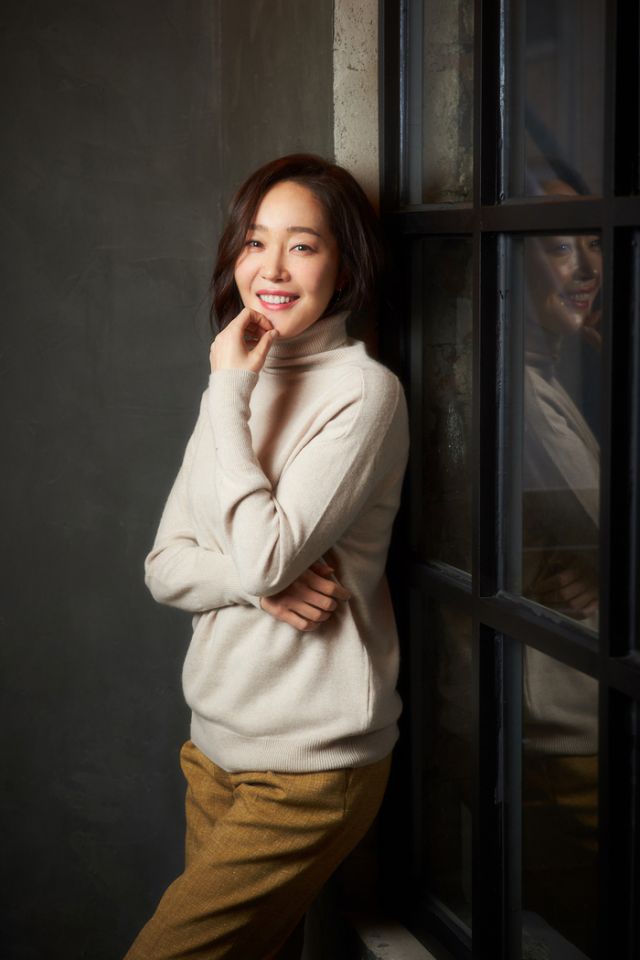 Actress Uhm Ji-won seems very excited about playing a rustic bumpkin in her latest film "The Odd Family: Zombie On Sale", as it is quite a departure from her usual image of a cocky urban woman.

In the zombie film, which hit theaters on Wednesday, Uhm plays the heavily pregnant eldest daughter-in-law of a big rural family, with a face full of freckles and tightly curled hair. "She is very aloof and blunt. All of her lines come to less than one sheet of A4 paper", Uhm said hilariously.

The countrified look and baggy pants were all Uhm's idea. Finding the right hairstyle to counter her sassy, urban image proved difficult. "I went to a famous wig store and painstakingly picked out the right style, length and color", she said. "I also scoured the narrow alleys at urban markets to find the right clothes for the role".

She put on weight and tanned her skin, but did not worry at all about how she would look. "I simply tried my best to be as close to the character as possible".

Despite being in the 20th year of her career, Uhm confessed that she still finds it too painful to watch her own films. "I see all of my shortcomings. I now know a bit about myself, and I know my limits, too. I constantly strive to break out of my comfort zone and try different things", she said.

She puts her enthusiasm for the role in "The Odd Family: Zombie On Sale" down to a desire to venture out and diversify her filmography. As a zombie film, it was more physically challenging than her previous films, which she said were perhaps more emotionally draining. She even broke her finger in one scene in which she flees a group of zombies. "It was still a funny and whimsical film, so I had so much fun. I hope viewers enjoy it as much", she said.