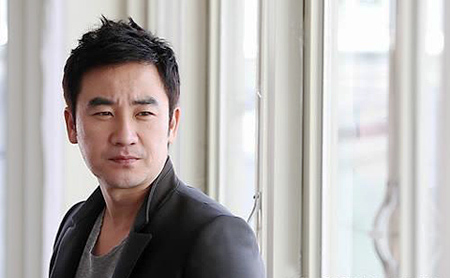 Uhm Tae-woong made a comeback as a strong man with his appearance in the movie "SIU" by playing a detective named Kim Seong Beom, who investigates the internal corruption at s police station, after abandoning his images of s warm and considerate man. He said, "I have come to play a strong character after a long interval. I have played delicate and warm characters up to now in dramas, and it was my first time to play this strong character in s movie".

Uhm Tae-woong came to a cafe in Samcheongdong on November 16 to give an interview and he revealed that he liked the tough feeling of the movie. He became very popular with his appearance in the TV drama "Revenge" in 2005 by playing an impressive character, and he earned the nickname of "Eom Force" at that time, but he has played soft and gentle characters after that. He played a good and considerate man named Kim Yoo Shin who protects the princess Deok Man in the drama "Queen Seon-deok" in 2009 and played a delicate man who cannot forget his ex-girlfriend in the movie "Cyrano Agency" which was a popular hit last year. And he is presenting his innocent appearance in the KBS variety program "Two Days and One Night" every Sunday. Due to his previous images on various programs, his wild appearance in "SIU" seems to be even more impressive and stronger. He said, "The director told me that it would be better not to wear any makeup to play the wild character, so I filmed the movie without putting on makeup. But when I monitored my appearance and acting on the screen, I found that my appearance did not even look like that of entertainers. So I gave up looking nice and neat in the movie". He did not change his costumes in the movie. He wore his old jacket, jeans, and running shoes from the beginning to the end of the movie. He said, "I wore only two costumes including the uniform of a policeman. I must have not changed the other clothes if the first clothes were not stained".

Uhm Tae-woong reportedly prepared to play the role of a detective in the movie. He said, "I met real detectives several times. I went on a stakeout with them and had a drink together about three times. While I spent time with them, I found out that they were just like us, except they had jobs as detectives. They seemed to have responsibilities and courage thanks to this awareness about their jobs. The stakeout did not look like a special mission, but it looked more like waiting for someone. Detectives used to carry the image of fierce and scary people, but they are just ordinary people like us. I met those detectives to know who they are rather than learning something from them. But thanks to our meetings, I played the character after abandoning my preconceptions". So his acting in the movie looks very natural. 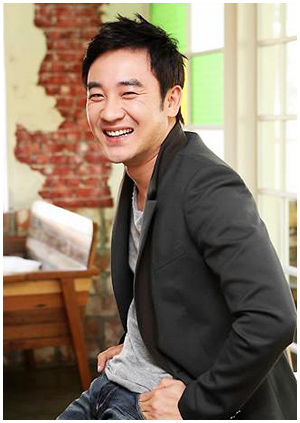 Uhm Tae-woong revealed that he drank with other cast members very often while filming the movie. He explained, "We had only two and a half months to film the movie, so it was very important for us to become close to each other. We stayed on the film set located in Yoosung in Daejeon for about a month together. But Joo Won could not drink alcohol very well and Jung Jin-young had to commute from Seoul to Daejeon, so I usually had drinks with Sung Dong-il (laugh)". It was his secret to successfully present the disheveled appearance of a detective in the movie. His average drinking capacity was two and a half bottles and he really liked the atmosphere of the film set where only male actors were together. He said, "I saw only three female actors including the actress Lee Tae Im during the filming of the movie. I felt sad, but it was very good for us to hang out together outside the film set becuase I was very lonely when I filmed the movie "Forever the Moment" as I was the only male actor". Uhm Tae-woong revealed that he was very satisfied with the movie itself, but he said that the conditions while filming the movie were not satisfactory. He said, "We had to film a total of 47 times of shooting during two and a half months, so we had to be in a hurry. Considering the conditions, the movie was well made, Sometimes the result could be bery bad, even though the conditions were perfect, so I feld glad and relieved about that. There are some things that I feel sorry about, but generally I am satisfied with the movie. The audience might be able to enjoy it". 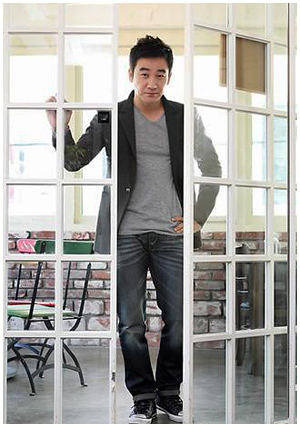 Uhm Tae-woong has become a popular entertainer whom everybody can acknowledge through his appearance in "Two Days and One Night", and he said that he was very glad that he could become a friendly entertainer to the public. He said, "After I participated in the program for one year, I can enjoy filming the program even though it was so hard in the beginning. Now it is like going out with friends, and I look forward to the next destination every time. In particular, people used to regard me as a mysterious actor before, but they seem to regard me as a friendly actor now. Everybody comes to me and says hello to me". In addition, he is very popular for being an animal lover. When he appeared on the talk show program "Win Win", he brought a leaflet to find his lost dog named "Paektongi". He often delivers advertising messages to find people's lost dogs or find new owners of abandoned dogs on his Twitter account. He said, "I like everything that is cute, except mice. I received great help from the Animal Rescue Association when I lost my dog, 'Paektongi'. Even though I cannot have time from my busy schedule now, I want to actively participate in finding owners of lost dog in the future".

Un Tae Woong will appear in the upcoming movies entitled "Never Ending Story" and "An Architect". He finished filming "Never Ending Story", which is about love between two terminally ill patients in the hospital, with actress Jung Ryeo-won, and he is filming the drama movie "An Architect" with actors including Han Ga-in, Lee Je-hoon, and Suzy. He sad, "I do not care about any particular genre, but I would like to appear in a noir movie like 'Infernal Affair' before I grow older".

"Uhm Tae-woong: 'I Play Strong Character After Long Interval' "
by HanCinema is licensed under a Creative Commons Attribution-Share Alike 3.0 Unported License.
Based on a work from this source