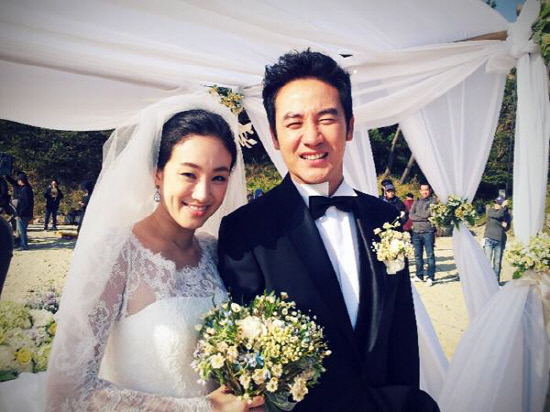 He posted this picture on his Twitter on October 16th saying, "We are married".

Uhm Tae-woong and Jeong Reyo-won are currently in the middle of shooting the movie "Never Ending Story". This movie is about the heart aching love between a man and a woman given limited lives.

Previously on October 12th, Jung Ryeo-won had posted on her site pictures of the lunchbox her fans had sent her as well as her thanks.