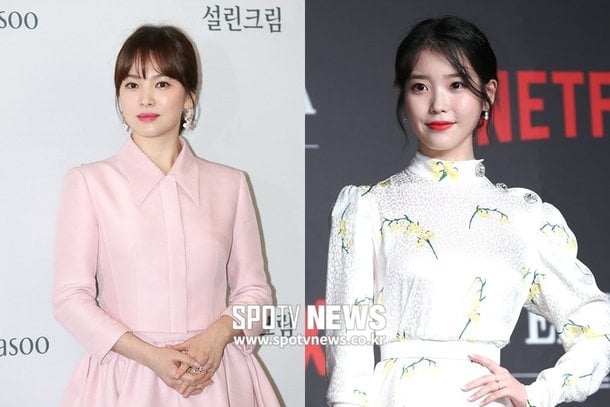 Actress Song Hye-kyo and IU are 'unexpected' friends. Song Hye-kyo presented IU with a coffee and snack truck, which shows how much she supports her junior actress. Many are curious about their unexpected friendship.

A coffee truck company posted on its official Instagram, "Angel Song Hye-kyo sent coffee, drinks, patbingsu and slushies to the cast and staff on a drama set. From one angel to another angel".

Pictures on this post show the truck decorated with pictures of IU and a banner that says, "Pretty Ji-eun ♥ Everyone on "Hotel Del Luna" fighting! –Song Hye Kyo-".

Another snack truck delivered news that Song Hye-kyo presented IU with snacks too.

The truck is also decorated with a banner showing her support for IU, "Hotel Del Luna" and the staff.

Netizens are surprised at this unexpected friendship between IU and Song Hye-kyo. They have no experience in a drama together. However, IU did mention on a TV show before that Song Joong-ki and Song Hye-kyo visited her concert.

IU said, "Song Hye-kyo and Song Joong-ki came to my concert with Park Sol-mi and their friends. I made eye contact with them as soon as I got on stage and my head went blank. They stayed until the encore song. I was so nervous I kept nodding towards them throughout the whole concert".

IU is currently in the making of "Hotel Del Luna", which is due in August. 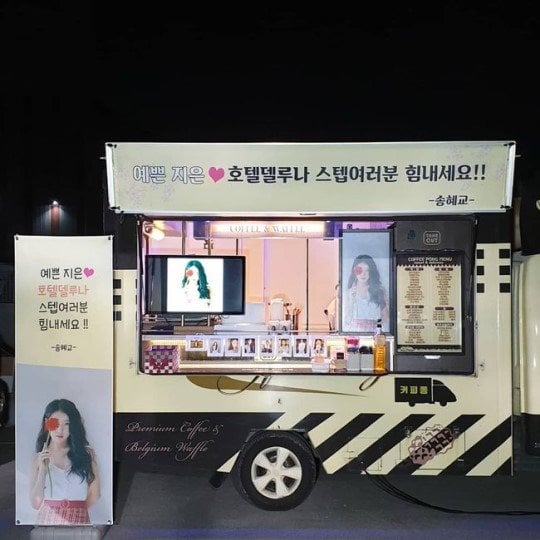 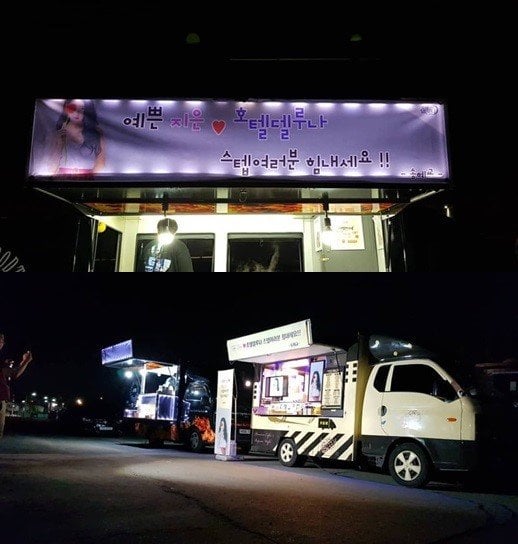 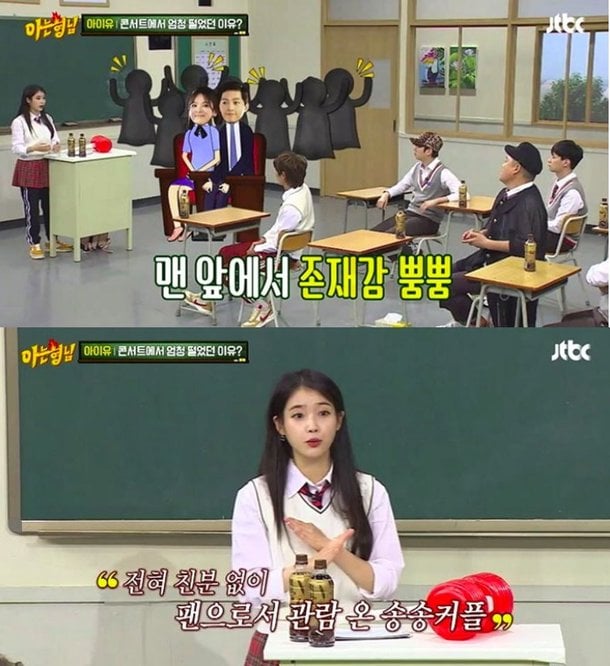 "Unexpected Acquaintances, Song Hye-kyo Sends Coffee Truck to IU"
by HanCinema is licensed under a Creative Commons Attribution-Share Alike 3.0 Unported License.
Based on a work from this source