"Untouchables" with the F4 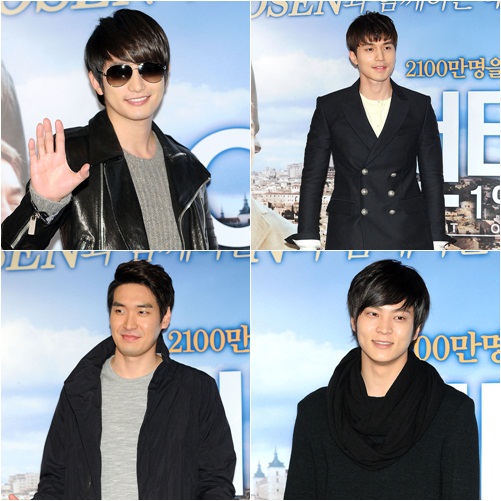 F4 or 4 handsome boys appeared at the VVIP stars and friends movie premiere for the French movie "Untouchables".

Only the top 1% of celebrities and stars attended the movie premier of "Untouchables" on the 7th at CGV in Cheongdam.

The appearance of these handsome fellows made the atmosphere even hotter than it already was.

They drew attention on themselves with tall heights and pretty faces, chic like models and posing. From the moment they arrived at the "VVIP Stars and Friends Movie Premiere" the ladies cheered for them loudly.

They formed a connection with the main actors of the movie which deals with the friendship and overcoming hardships of men, not letting class and personalities get in their way.

Jung Il-woo, Yoon Seung-ah, Kim Min-seo and others were also at this event.

Meanwhile, "Untouchables" will be released on the 22nd.

""Untouchables" with the F4"
by HanCinema is licensed under a Creative Commons Attribution-Share Alike 3.0 Unported License.
Based on a work from this source