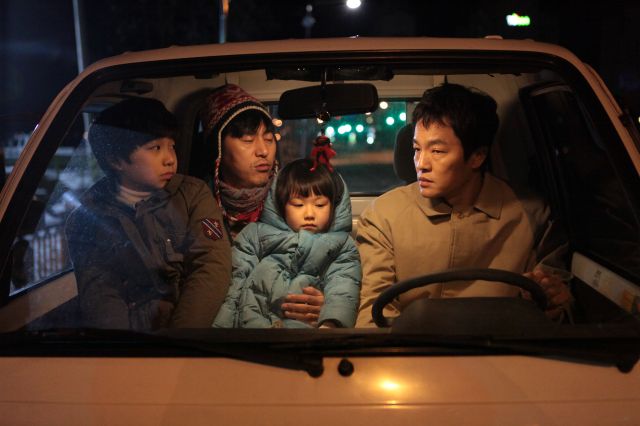 Synopsis
"Papa Zombie"
He is an ordinary man in Korea. At home, he's less than average, but then he becomes a zombie?!

He is a father who's been without a job for 4 years in a row. Everything he does is a failure and he never passes any job interviews. Seung-goo lives with his mother, who doesn't even consider his father human, his immature uncle, and his 5 year-old brother. The family moves to a mysterious neighborhood in which they hear something funny...

There's a zombie in this neighborhood!
But wait, the zombie looks very familiar and that's Seung-goo's dad. He believes that his father is a real zombie and that he has to get rid of him to protect his family.

Will the father be able to make Seung-goo understand?