Upcoming Korean movie "The World Without a Mother" 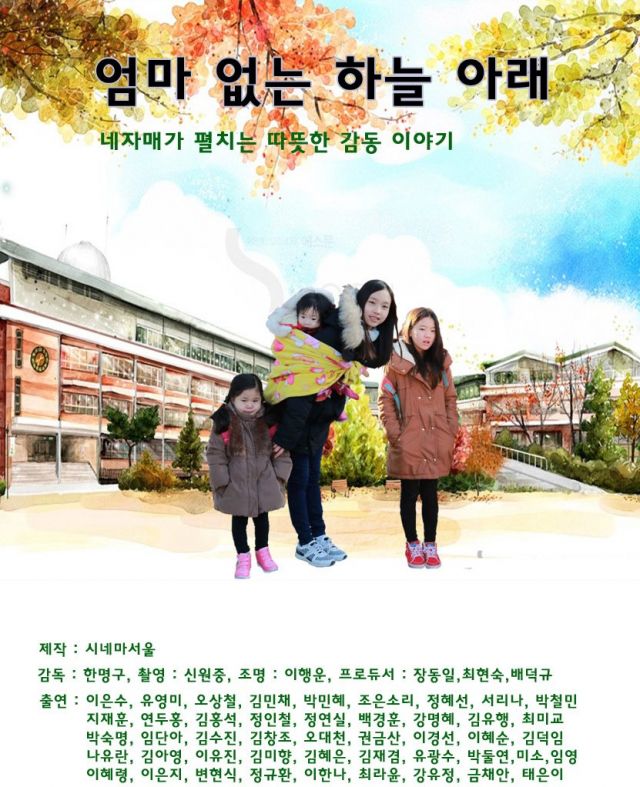 Synopsis
Four young sisters were living a tough but happy life in a beautiful small fishing village that is like a paradise home for them. The mother passed away right after delivering their baby sister and the father has been suffering from the aftermath of a car accident for a long time. After father has been sent to a nursing home due to worsened symptoms, the siblings were left alone in their small house.
Despite the oldest sister, Ha-eun's hard work to survive with her siblings, the village people decided it was too tough for her to continue her struggles alone and they found an orphanage for them. The four sisters went to see their father at the nursing home before they are sent to an orphanage and their father asked them not to be separated from each other no matter what.
However, on their way back to their house, they are kidnapped by a strange woman and are sold into slavery as beggars. The numerous people who pass by the young siblings in the subway cannot understand their sorrowful and desperate eyes.
Will they be rescued out the cruel reality and by whom?