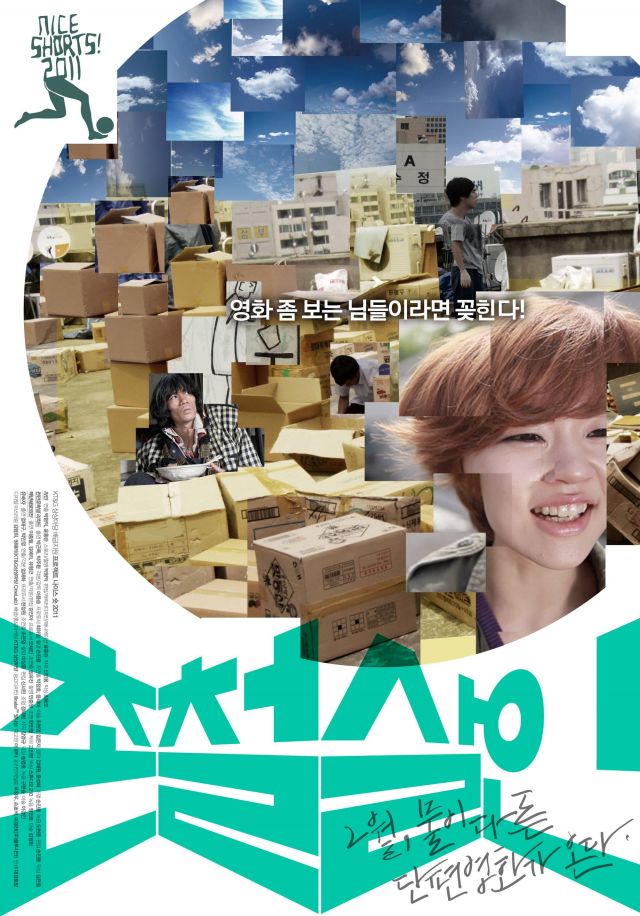 Synopsis
"Line" is directed by Park Hyeong Ik and Yoon Hong Ran
Your neighbor's cut line
His room with only a typewriter, a desk, a chair and a plant is the perfect room for work. One day as he is focused in writing, his neighbor crosses a line that shouldn't be.

"London Exchange Student Richard" is directed by Lee Yong-seung
Mother's friend son Richard wasn't in England?
A revenue officer test-taker Dong-seok graduates from London Business School in the revenue office he worked part time in and meets Richard when he comes to Korea to make some money. Telling Dong-seok everything he knew about the work, Richard is the boss's favorite because he's from abroad. However, Dong-seok feels there's something fishy about him…

"Growing Old Together is directed by Kang Jina
A Happy Ending Love Story of Their Own
January 17th 3 AM, Cha-kyeong is dead. June 17th 3 AM, Hyeok-geun is still waiting for Cha-kyeong. People ask the not-okay Hyeok-geun, "Are you okay"? One day, Cha-kyeong appears in front of the still not-okay, not-able-to-sleep Hyeok-geun.

"Home Sweet Home" is directed by Eom Tae-hwa
My Fun House
Ye-ni lives alone…or she thinks so. However, the toothpaste she uses alone finishes so quickly, her scarf disappears then reappears and her unfinished knit muffler seems to be getting longer on its own. What's happening in Ye-ni's house?