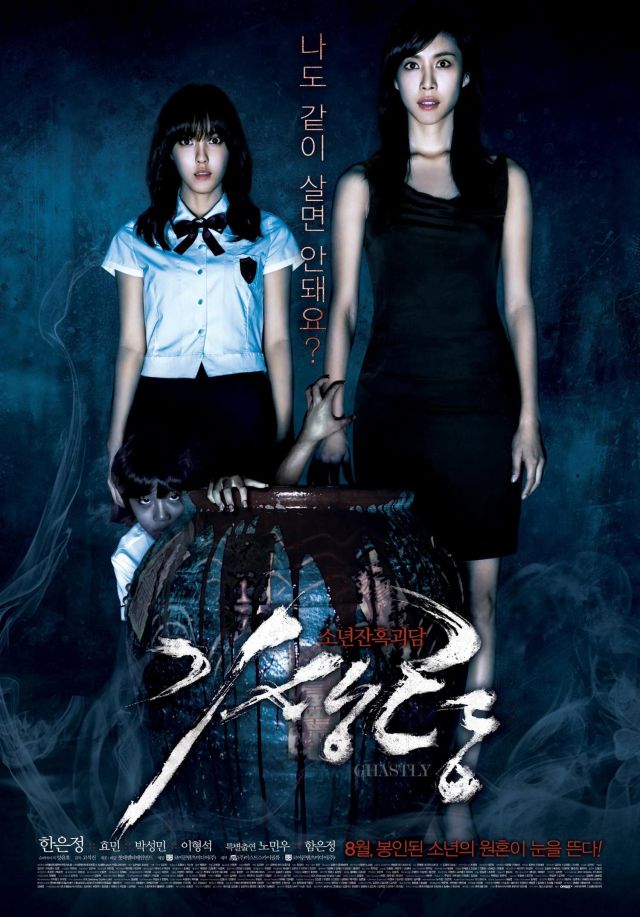 Previously known as "Gisaeng Spirit" on HanCinema
Synopsis
Each summer, Koreans are chilled to the spine by the flood of horror movies that hit the box office. In this year's lineup, there is "Ghastly".
It all begins when Ka-hee (Hwang Ji-hyun), an emotionally and psychologically damaged woman, finds a spirit medium to help her address her troubles. Her inability to give birth to a child had long tortured her, and now she will do anything to cheat that fate.
She ends up burying an orphan in a large traditional pot used to burry kimchi underground during the winter and killing him. What she gains for this merciless act is a child of her own. Ka-hee eventually gives birth to a son she names Bin, but Ka-hee soon meets a brutal death.
The film continues as Bin's aunt Sunny (Han Da-gam) and her husband Jang-hwan (Park Sung-min) come to live with the now orphaned Bin in his home, which is haunted and where the pot still is. Bin also starts to reveal his violent side.
"Ghastly" is the directorial debut of Ko Suk-jin. The film also features Hyomin, a member of girl group T-ara, who plays the role of Sunny's younger sister.