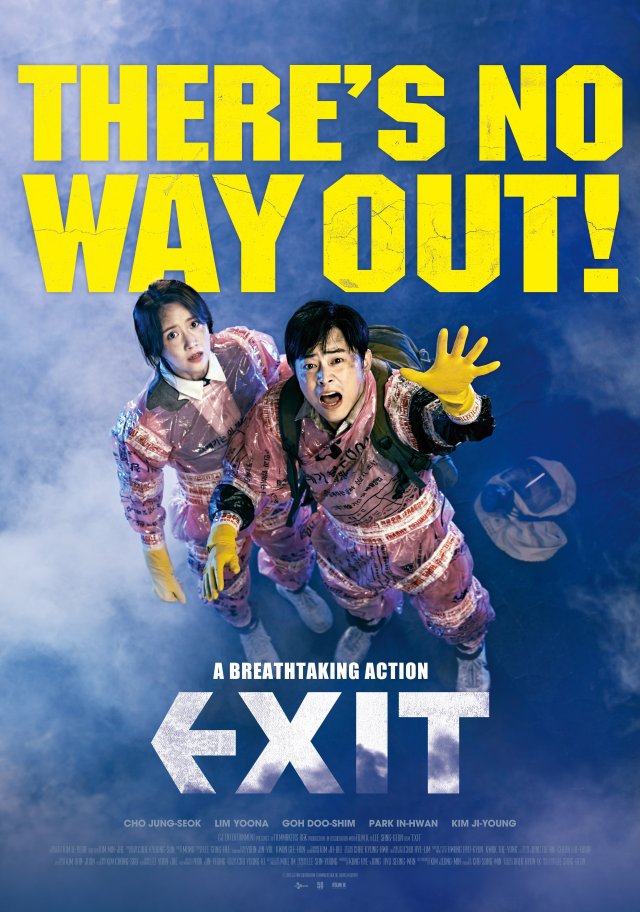 Lee Sang-geun makes his directorial debut with the fast paced, disaster action film "Exit - Movie". Lee wrote "Exit - Movie" in addition to directing. The film will open on August 2nd at CGV Cinemas in Buena Park and Los Angeles and will be available nationwide on August 9th.

Yong-nam (Cho Jung-seok) was one of the best rock climbers in college but hasn't had much luck elsewhere after graduation. He has failed to get a job since graduating and has to rely on his parents just to get by. He's a deadbeat living with his parents and doesn't see much hope for the future, he can't even land a date. For his mother's 70th birthday, he insists on hosting a party at a roof top garden restaurant, where his old crush, Eui-ju (Yoona) works. When a disaster strikes, covering an entire district in Seoul with mysterious white gas, he has to use all of his rock-climbing skills with the help of Eui-ju to get everyone to safety. What his mom once thought to be a useless skill soon turns out to be the group's only hope for survival.

"[USA + Canada] "Exit - Movie" - South Korean Disaster Film - Hits Theaters in Los Angeles on August 2nd Across the U.S on August 9th"
by HanCinema is licensed under a Creative Commons Attribution-Share Alike 3.0 Unported License.
Based on a work from this source