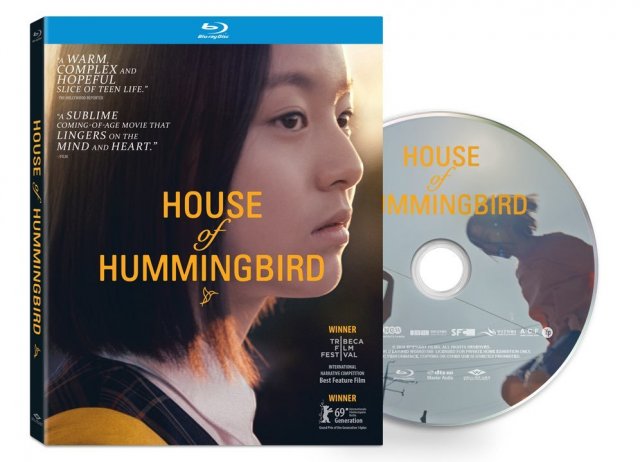 "A sublime coming-of-age movie that lingers on the mind and heart". ~ Hoai-Tran Bui, /FILM

"... a painfully honest exploration of queer adolescence that feels a little like a feminist neo-realist film". ~ Andrew Bundy, THE PLAYLIST

Positioned against the backdrop of a rapidly expanding Seoul in 1994, a lonely 14-year-old girl moves through life like a hummingbird searching for a taste of sweetness wherever she may find it in the critically-acclaimed coming-of-age story "House of Hummingbird", debuting on Digital and Blu-ray™ August 4 from Well Go USA Entertainment. Deprived of attention from her family, the girl roams the neighborhood with her best friend, attempts romantic relationships with both girls and boys alike and is sent to the hospital with an unclear diagnosis. When a new teacher arrives, she becomes the first adult the young girl feels really understands her. Kim Bora makes her feature film directing debut, displaying "a world of potential" (FictionMachine). "House of Hummingbird" stars Park Ji-hu ("The Witness"), Kim Sae-byuk ("The Day After - 2017"), Lee Seung-yeon-I ("Alive") and Jung In-gi ("The Chaser").

Synopsis:
14-year-old Eun-hee moves through life like a hummingbird searching for a taste of sweetness wherever she may find it. Ignored by her parents and abused by her brother, she finds her escape by roaming the neighborhood with her best friend, going on adventures, exploring young love and experiencing everything that comes with growing up in a country on the brink of enormous change.

"House of Hummingbird" has a runtime of approximately 138 minutes and is not rated.