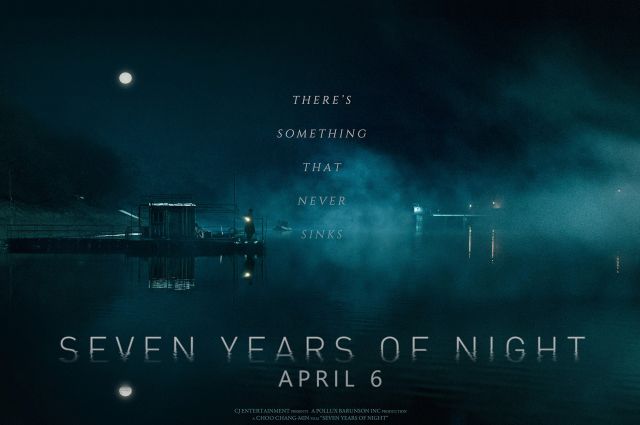 "Seven Years of Night", a dark crime thriller from "Late Blossom" and "Masquerade" director, Choo Chang-min, releases in Los Angeles on March 30 and in select North American theaters on April 6. Known for his elaborate storytelling, Choo's newest film explores the evil in humanity, drawing viewers deep into the emotions of the complicated characters.

In "Seven Years of Night", Hyun-su (Ryu Seung-ryong) is waiting to take the position of the security manager of a dam located in the remote village of Seryung. On a foggy night, he gets lost on his way to check out the company residence and as he struggles to find his way through the thick fog, he runs over a girl who jumps out of nowhere. Panicked, Hyun-su dumps the body in the lake. The village is turned upside down by the child gone missing. When the girl's body is found in the lake, Young-je (Jang Dong-gun), the girl's abusive father and a major landlord in the village, is enraged and begins his own search for the killer and plans an elaborate plot to take his revenge.

"[USA + Canada] S. Korean Thriller "Seven Years of Night" Releases in L.A. on March 30 and Select N. American Theaters April 6"
by HanCinema is licensed under a Creative Commons Attribution-Share Alike 3.0 Unported License.
Based on a work from this source