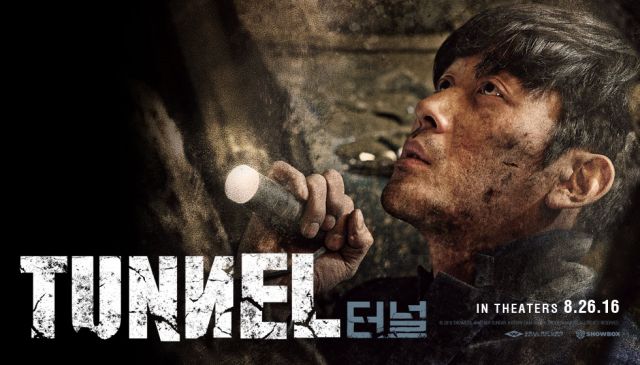 SYNOPSIS: Jung-soo, an ordinary car salesman finds himself in a most extraordinary event when the tunnel he's driving through collapses, trapping him. Nothing is around him but wreckage, and all he has is 78% of his phone battery, two bottles of water, and his daughter's birthday cake.

The initial news throws South Korea into a frenzy and makes Jung-soo a media darling. But once his phone dies, and the days and weeks start to drag on, people begin to lose interest. To top it off, the rescue effort is interfering with the opening of a new tunnel nearby, and public opinion becomes divided over the expensive, complex rescue operation that seems doomed to fail, and is causing nasty traffic back-ups.

A fantastic and fascinating take (in the vein of THE HOST and TRAIN TO BUSAN) about the role of the media in shaping public opinion, the perceived ineptitude of the South Korean government, and the true character of the general public, this is a disaster film like no other. Ruling the box office during its opening last week in South Korea, the film now comes to the US from the distributor that brought you The Wailing and TRAIN TO BUSAN.

This story is based on true events.