[USA + Canada] "The Bad Guys: Reign of Chaos" Hits Theaters in Los Angeles on September 13th and Across the U.S and Canada on September 20th 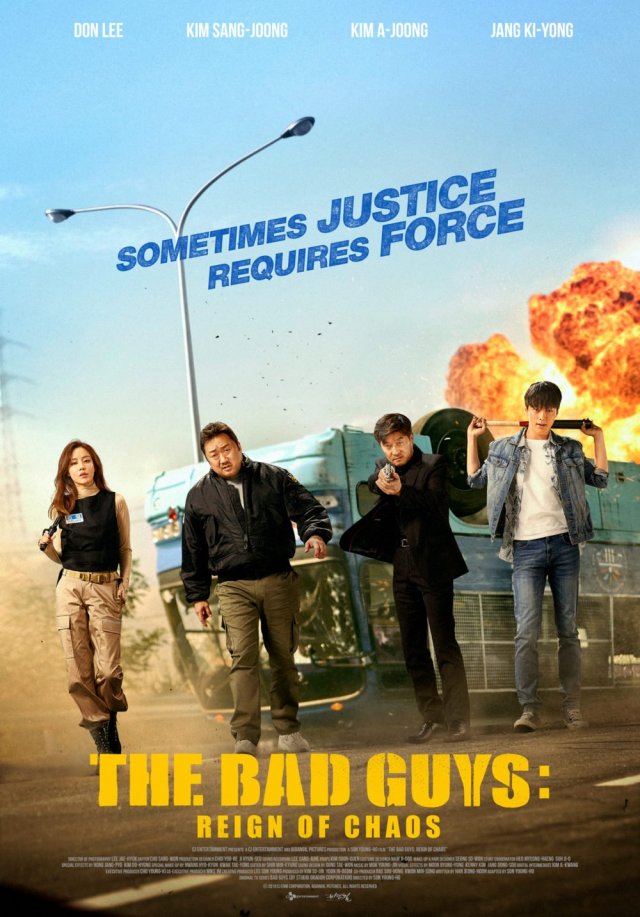 "The Bad Guys: Reign of Chaos" Hits Theaters in Los Angeles on September 13th and Across the U.S and Canada on September 20th

Skilled crime director Son Yong-ho is back this fall after 2015's "The Deal" with "The Bad Guys: Reign of Chaos". Based off the hit TV series "Bad Guys", this prison escape thriller expands upon the series by bringing viewers even more action and humor than ever before. It keeps the beloved characters and distinct setting, but adds necessary cinematic elements to bring the story to an entirely new level. The film will open on September 13th at CGV Cinemas in Buena Park and Los Angeles and will be available nationwide on September 20th.

When a prison bus unexpectantly overturns, releasing dozens of convicted felons, the police only have one option; to reunite the "Special Crime Unit". The top secret "Special Crime Unit" is unlike the others as it uses current inmates to track down the fugitives who escaped during the bus crash. Chief of the 'Special Crime Unit', Oh Gu-tak (Kim Sang-joong), knows exactly which convicts to recruit for this mission. He seeks out an unlikely crew consisting of a former gangster, Park Woong-chul (Ma Dong-seok), whom he had worked with before, a con artist, Kwak No-soon (Kim Ah-joong), and a convicted cop, Ko Yoo-sung (Jang Ki-yong) in the new and improved team. With new blood, the "Bad Guys" are stronger and tougher than ever. As the case progresses, the "Bad Guys" realize something much bigger is at play and must figure out how to bring down the crime ring once and for all.

"[USA + Canada] "The Bad Guys: Reign of Chaos" Hits Theaters in Los Angeles on September 13th and Across the U.S and Canada on September 20th"
by HanCinema is licensed under a Creative Commons Attribution-Share Alike 3.0 Unported License.
Based on a work from this source