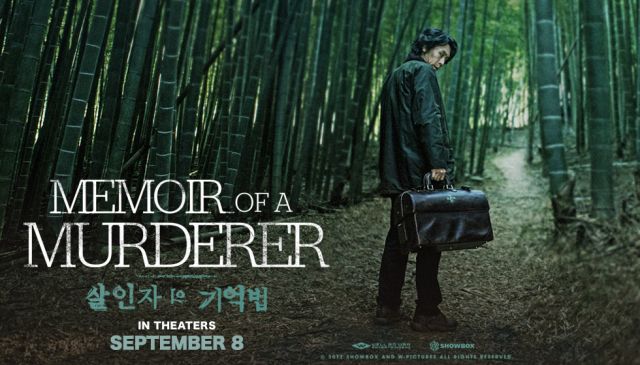 STARRING: Sol Kyung-gu / Kim Nam-gil / Seolhyun / Oh Dal-soo
DIRECTED BY: Won Shin-yun
RELEASE DATE: September 8th, 2017 (A Well Go USA Entertainment release)
SYNOPSIS: Byeong-soo, a retired serial killer, lives a quiet life with his daughter Eun-hee, who has cared for him ever since his Alzheimer's diagnosis. When Eun-hee brings home her new boyfriend Tae-joo, Byeong-soo realizes Tae-joo is a serial killer too. To save his daughter, Byung-sop must fight Tae-joo as well as his own mind.
RUN TIME/RATING: 118 MIN / Not Rated