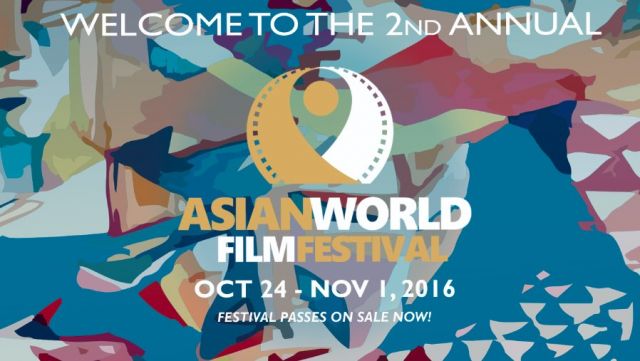 Twenty films submitted to represent their countries in the Motion Picture Academy's Foreign Language Film category will be among the 34 motion pictures at the 2nd Annual Asian World Film Festival which runs from October 24 to November 1 at the ArcLight Theater in Culver City.

In association with CJ Entertainment, this year's festival will include a special screening track "Korean Film Days", featuring five films from South Korea, including the Oscar® contender "The Age of Shadows" The closing night film will be South Korea's "Operation Chromite". Keon-Seop Park, a visionary producer who opened the door to the New Korean Cinema in the '90s, will be honored on that night with the Cinematic Legacy Achievement Award. The three other films screening as part of CJ Entertainment's Korea Film Days are "Asura: The City of Madness", "The World of Us" and "The Map Against the World". All five films were released in 2016.