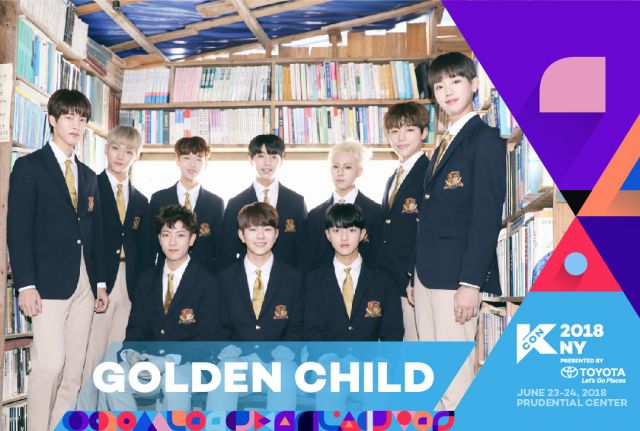 The ticket on-sale dates for KCON 2018 NY are Friday, May 11 at 3 p.m. EDT for concert tickets and Monday, May 14 at 3 p.m. EDT for convention tickets. Concert ticket price will range from $50 to $1,500 while the convention ticket for the two days is $20. Artist meet & greet tickets will also be available for purchase. More information can be found at www.kconusa.com.

With the addition of Golden Child, the line-up for the two day convention and music festival is now finalized with each night's set of performers will be as follows: 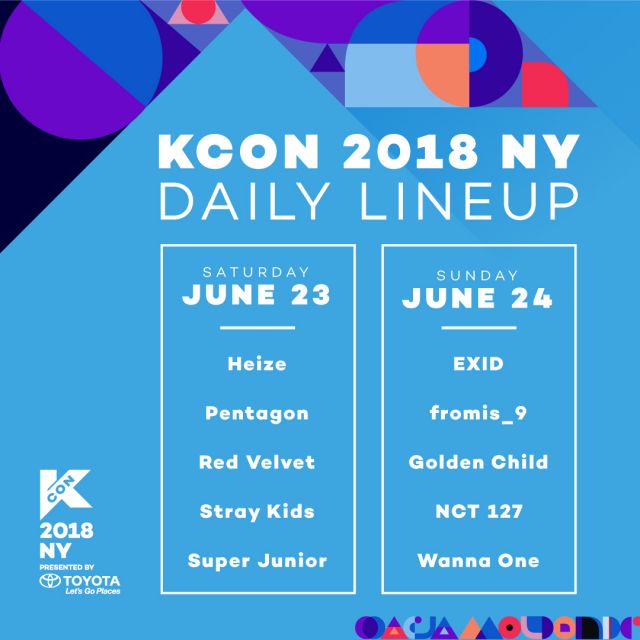 Golden Child is a group under Woollim Entertainment who was first introduced through reality show 2017 Woollim Pick. Prior to their debut, some of the members featured in W Project which released music to spotlight Woollim trainees. The group currently consists of ten members: Daeyeol, Y, Jangjun, TAG, Seungmin, Jaehyun, Jibeom, Donghyun-I, Joochan, and Bomin. The group officially debuted on August 28, 2017 with their first mini-album, Gol-cha! With title track "DamDaDi". On October 16, they released an OST soundtrack "Love  Letter" for drama "Boy and Girl From the 20th Century". On January 29, 2018, Golden Child had their first comeback with second mini-album Miracle featuring title track "It's U". The group also won "Global Rookie Top 5" award at the 2018 V Live Awards.

The second leg of KCON USA, KCON 2018 LA, will take place on August 10-12 at the Staples Center & LA Convention Center.

"[USA] KCON 2018 NY Adds Golden Child and Reveals Daily Line-up"
by HanCinema is licensed under a Creative Commons Attribution-Share Alike 3.0 Unported License.
Based on a work from this source