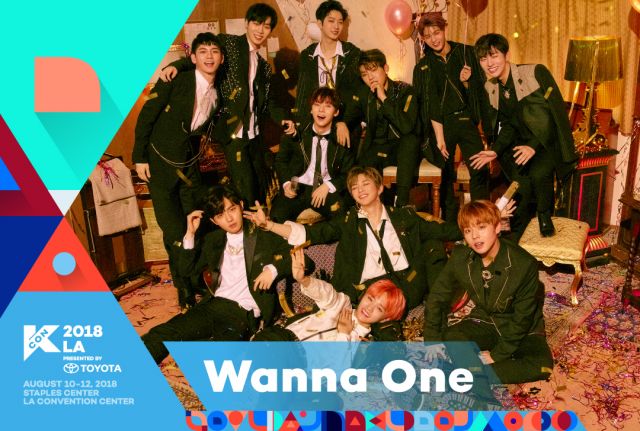 KCON USA, the world's largest Korean culture convention and music festival presented by Toyota, announced today that chart-topping K-pop artists Wanna One and Chung Ha will perform at this summer's Los Angeles edition on August 10-12 at the Staples Center & LA Convention Center. This year, KCON Los Angeles will expand the K-Beauty, food, and gaming components of the convention, while offering even more access to K-pop artists as it returns for its seventh year.

Wanna One is an eleven-member boy group formed from Mnet's survival boy group reality show Produce 101 Season 2. The final members as well as group name were chosen by the public audience's votes. The members who took top 11 in the final were Kang Daniel, Park Jihoon, Lee Dae-hwi, Kim Jaehwan, Ong Seong-wu, Park Woojin, Lai Kuan Lin, Yoon Jisung, Bae Jin-young, Hwang Minhyun, Ha Sungwoon. The group officially debuted through Wanna One Premier Show-Con on August 7, 2017. Their debut EP 1x1=1 (To Be One) combined with the repackaged album 1-1=0 (Nothing Without You) made Wanna One the first Kpop group to sell over one million copies of their debut album. In March 2018, Wanna One broke their own record by selling 700,000 copies in the preorders of their second EP 0+1=1 (I Promise You). The album was released on March 19 along with title track "Boomerang". 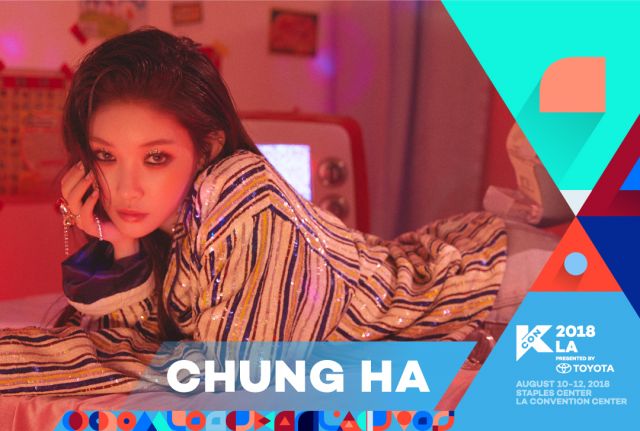 Chung Ha is a K-pop star who rose to prominence through Mnet's reality girl group survival show Produce 101, where she was chosen as one of the top 11 contestants to debut in project girl group called I.O.I. After the fame of I.O.I's title track "Dream Girls" in their first EP Chrysalis, Chung Ha was also the main member of I.O.I's unit group and known to arrange the choreography for title song "Whatta Man". Following the project group's career, Chung Ha became one of South Korea's most popular vocalists with her first EP Hands on Me in June 2017 featuring title track "Why Don't You Know". The talented singer and dancer has since gone on to work on collaboration tracks with other Korean artists, and in January 2018, she released her second EP Offset with an electropop song called "Roller Coaster". Chung Ha was chosen as one of the "10 Best New K-Pop Acts in 2017" on Billboard and is expected to broaden her activities in 2018.

KCON has grown exponentially since its launch in 2012, to become the undisputed epicenter for all things Hallyu (a.k.a The Korean Wave). The expansive event, that urges everyone to "Let's KCON", garnered more than 128,000 attendees last year between NY and LA combined. KCON 2018 USA will feature a line-up of A-list concerts, celebrity meet and greets, as well as workshops and panels that cover every aspect of Korean culture and entertainment. Not only does the programming offer insight into Korean pop music, it also covers food, fashion, television, film, e-sports and more.

The New York metro area edition of KCON 2018 is taking place at the Prudential Center in Newark, NJ on June 23 and 24.

For more information and the latest KCON news, visit www.kconusa.com and follow @KCONUSA on Twitter, where more information will be announced. Join the conversation with #KCON18NY and #KCON18LA. Recap videos of both LA and NY events can be found on its YouTube channel (www.youtube.com/kconusa).

"[USA] KCON Announces First Artists to Join Los Angeles Line-up - Wanna One and Chung Ha"
by HanCinema is licensed under a Creative Commons Attribution-Share Alike 3.0 Unported License.
Based on a work from this source