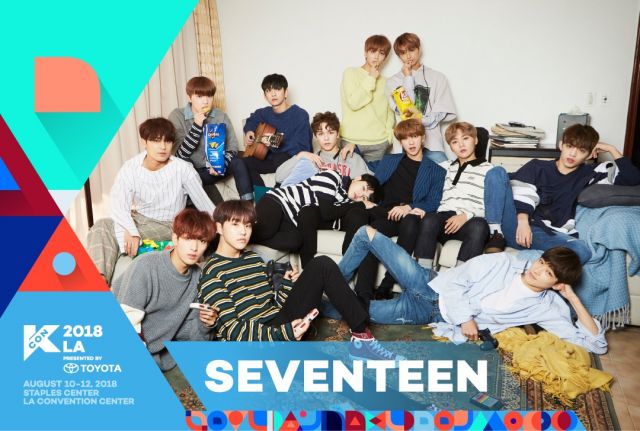 KCON USA, the world's largest Korean culture convention and music festival presented by Toyota, announced today that K-pop artists fromis_9 and SEVENTEEN will perform at KCON 2018 L.A. which is taking place August 10-12 at the Staples Center & LA Convention Center. As KCON Los Angeles returns for its seventh year, the K-Beauty, food, and gaming components of the convention will be bigger than before, while also offering even more access to K-pop artists. 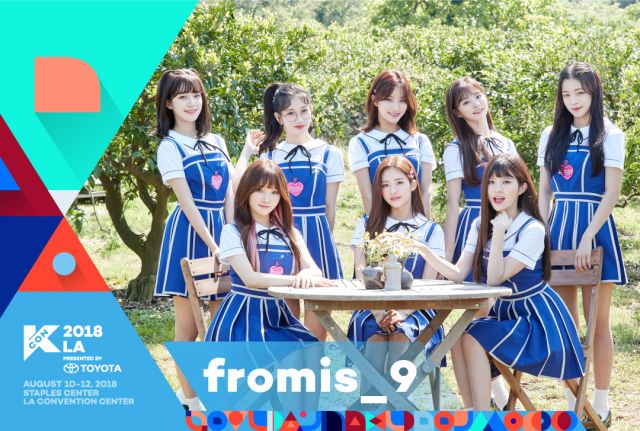 fromis_9, an initialism for "From Idol School", is a nine-member girl group formed through Mnet's reality show "Idol School" in 2017, which ran from July 13 to September 29. As a result of live and online voting, Roh Ji-sun, Song Ha-young, Lee Sae-rom, Lee Chae-young-I, Lee Na-gyung, Park Ji-won-III, Lee Seo-yeon-II, Baek Ji-heon and Jang Gyu-ri secured spots in the final ranking and formed Fromis_9 on the same day. Before their official debut, the group performed their pre-debut single "Glass Shoes" at the 2017 Mnet Asian Music Awards in Japan. The group officially debuted on January 24, 2018 with their first EP "To. Heart" along with their lead single "To Heart".

SEVENTEEN is a 13-member boy group who debuted under Pledis Entertainment in 2015. The members are S.Coups, Jeonghan, Joshua, Jun, Hoshi, Wonwoo, Woozi, DK, Mingyu, The8, Seungkwan, Vernon, and Dino. They are also active with three different sub-units: "Hip Hop Unit", "Vocal Unit", and "Performance Unit". The group is known as the "self-producing" idol group as the members are deeply involved in the composition and production of their discography and choreography. Seventeen debuted on May 26 with a live showcase and was the first male Kpop group to debut with an one-hour live showcase on a major broadcasting channel. Their debut EP 17 Carat became the longest-charting K-pop album of the year in the US and was the only rookie album to appear on Billboard's "10 Best K-pop Albums of 2015" chart. In February 2018, Seventeen released a special album Director's Cut with title track "Thanks" which topped iTunes charts in 29 countries. Time magazine named Seventeen one of the best K-pop groups during this promotion period. Seventeen is scheduled to officially debut in Japan on May 30 with their first Japanese mini-album, We Make You.

The New York metro area edition of KCON 2018 is taking place at the Prudential Center in Newark, NJ on June 23 and 24.

For more information and the latest KCON news, visit www.kconusa.com and follow @KCONUSA on Twitter, where more information will be announced. Join the conversation with #KCON18NY and #KCON18LA. Recap videos of both LA and NY events can be found on its YouTube channel (www.youtube.com/kconusa).

"[USA] KCON LA Adds Seventeen and fromis_9 to Artist Line-up"
by HanCinema is licensed under a Creative Commons Attribution-Share Alike 3.0 Unported License.
Based on a work from this source