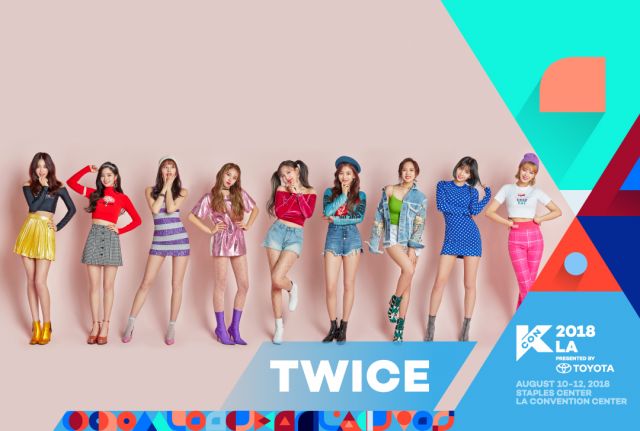 KCON USA, the world's largest Korean culture convention and music festival presented by Toyota, announced today that K-pop artists TWICE, NU'EST W, IN2IT, and DAVICHI will perform at KCON 2018 L.A. which is taking place August 10-12 at the Staples Center & LA Convention Center. The highly anticipated KCON Los Angeles concert tickets will go on sale July 11 at 10am (PST); and convention, Klub KCON, and Artist Meet & Greet tickets will go on sale on July 13 at 10am (PST).

TWICE is a K-Pop girl group produced by JYP Entertainment through the reality program [SIXTEEN]. The group is composed of 9 members: NAYEON, JEONGYEON, MOMO, SANA, JIHYO, MINA, DAHYUN, CHAEYOUNG, and TZUYU. Debuted on October 20th, 2015 with the 1st EP [THE STORY BEGINS] that featured the title track "Like OOH-AHH", the group then achieved bigger fame in 2016 with the 2nd EP [PAGE TWO] that featured "CHEER UP". Since then, the group has won several big awards with TWICE's own music style 'color pop' and continued to release the unique bright, energetic and catchy songs: "TT", "KNOCK KNOCK", " SIGNAL ", "LIKEY", "Heart Shaker", "What is Love?" and so on. Given the title of 'one Top girl group' in Asia, on growing with a meaningful expansion of more global presence. 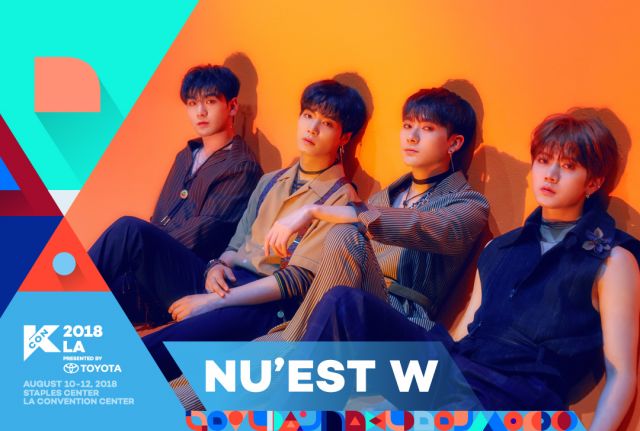 NU'EST W is a sub-unit of NU'EST, a five-member boy group formed by Pledis Entertainment in 2012. The group officially debuted on March 15, 2012 with digital single Face. NU'EST W consists of four members from NU'EST: JR, Aron, Baekho, and Ren. NU'EST member Minhyun is currently not promoting in the sub-unit as he is promoting as a member of Wanna One after participating in Produce 101 Season 2. The character " W " The character " W " in NU'EST W stands for 'Waiting'. It hopes to deliver both a gratefulness to fans who have waited for NU'EST long and a message to wait until complete NU'EST activity starts. NU'EST W released their debut EP W, Here with title track "Where You At" on October 10, 2017. The song earned the group their first music show win on M Countdown October 19, 2017, 5 years after their debut. 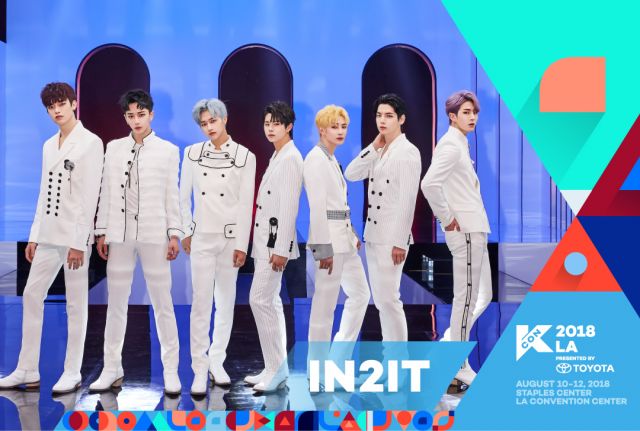 IN2IT is a seven-member boy group formed by MMO Entertainment in 2017. The members have previously participated in Mnet's survival show Boys24 in 2016. The members are Hyunuk, Inho, Inpyo, Isaac, Jiahn, Sunghyun, and Yeontae. IN2IT debuted with their first mini album Carpe Diem, which signifies the shift from boy to man, released in October 2017. The group made their debut on M COUNTDOWN on October 26, 2017 performing title song "Amazing". The song has charted 5th place on the M COUNTDOWN Chart on November 9. After announcing their fandom name "IN2U" on November 11, IN2IT held 4 concerts in December, attended "2018 Taipei High City" New Year's Eve Countdown, and made their first Asian Tour in February 2018. In April 2018, the group made a comeback with new single "Snapshot". IN2IT performed the song at KCON 2018 Japan ahead of their comeback as well as performed at the 2018 Dream Concert held in Seoul World Cup Stadium.

DAVICHI debuted as a pop-ballad duo in 2008 with the release of their first studio album, "Amaranth". The album brought them almost immediate acclaim, winning the "Best New Artist" trophy at the Mnet Asian Music Awards, the Seoul Music Awards, and the Golden Disk Awards. They released their second studio album Mystic Ballad with title track "Just the Two of Us" in March 2013 and third studio album &10 to celebrate their 10-year anniversary with lead single "Days Without You" in January 2018. Besides the three full-length studio albums, the duo has also released six extended plays, twelve soundtrack appearances, nine collaborations, eight singles and eight promotional singles.

Last weekend, the New York metro area edition of KCON 2018 took place at the Prudential Center in Newark, NJ and drew an audience of more than 53,000.

"[USA] KCON LA Adds TWICE, NU'EST W, IN2IT, and DAVICHI to Artist Line-Up"
by HanCinema is licensed under a Creative Commons Attribution-Share Alike 3.0 Unported License.
Based on a work from this source