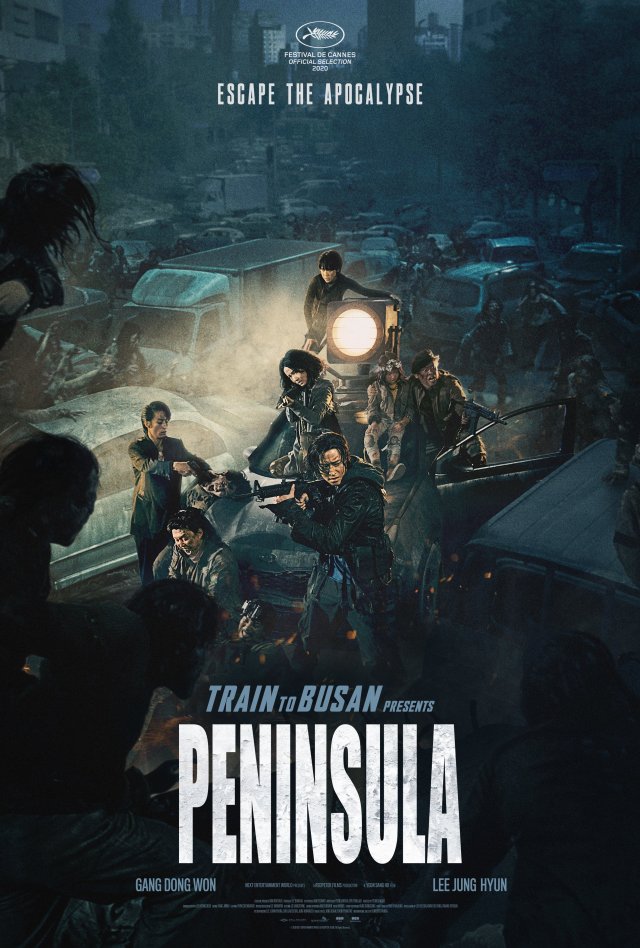 *The opening date in Canada will remain August 7, 2020

Four years after South Korea's total decimation in "Train to Busan", the zombie thriller that captivated audiences across the globe and dazzled the worldwide box office, acclaimed director Yeon Sang-ho brings us "Peninsula", the next nail-biting chapter in his post-apocalyptic world. Jeong-seok, a soldier who previously escaped the diseased wasteland, relives the horror when assigned to a covert operation with two simple objectives: retrieve and survive. When his team unexpectedly stumbles upon survivors, their lives will depend on whether the best-or worst-of human nature prevails in the direst of circumstances.

This time around (amid our very own outbreak), prepare to be wowed again by Yeon Sang-ho, as we return to the nerve-wracking zombie-ridden wasteland with a much larger-scale setting, incredible visual effects, high-speed car chases, amplified budget, and explosive thrills.