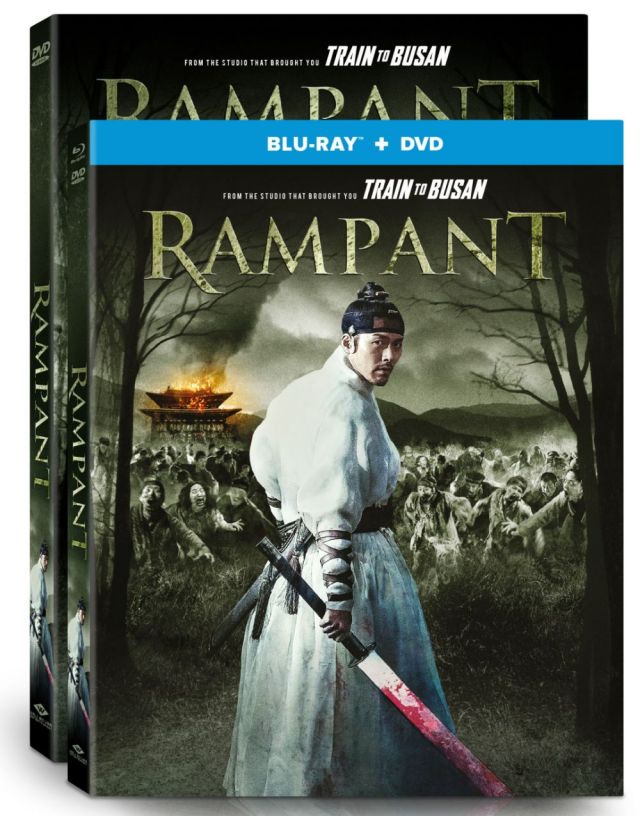 From the Studio behind "Train to Busan"


From the creators of "Train to Busan", comes a fresh new take on the zombie-horror genre when "Rampant" debuts on digital, Blu-ray Combo Pack and DVD February 26 from Well Go USA Entertainment. Set in ancient Korea, the story follows Prince Ganglim, who after returning from a long imprisonment, discovers a bloody rampage spreading across the nation by murderous creatures known as Night Demons. He soon realizes that it will take the strength of his fellow countrymen to stop the Night Demons from overrunning the kingdom. "Rampant" was directed by Kim Seong-hoon-III ("Confidential Assignment") and stars Hyun Bin ("The Swinders"), Jang Dong-gun ("The Warrior's Way"), Jo Woo-jin (Inside Men), Jung Man-sik ("Man of Will") and Kim Eui-sung ("Train to Busan"). Bonus features include making-of and behind-the-scenes featurettes.

Synopsis:
A darkness looms over ancient Korea: murderous creatures known as Night Demons have overrun the country. Returning from a long imprisonment abroad, Prince Ganglim discovers that it will take the strength of his entire kingdom to stop the bloody rampage spreading across the nation in this fresh new take on zombie horror from the studios that brought you "Train to Busan".

"Rampant" has a runtime of approximately 127 minutes and is not rated.