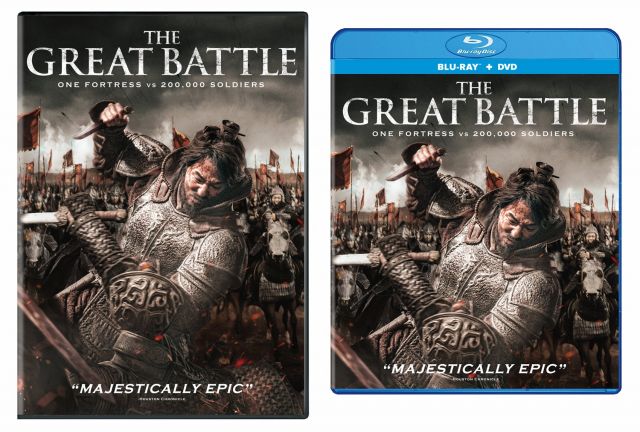 Director Kim Kwang-sik-I ("My Dear Desperado") brings to life the first Korean action blockbuster to depict the Goguryeo dynasty in the epic story "The Great Battle", ready for combat on digital, Blu-ray™ Combo Pack and DVD January 8 from Well Go USA Entertainment. Set during the Tang dynasty, the action-packed film is based on the historic 80-day battle between the Goguryeo and Tang forces known as The Siege of Ansi, that took place while the two groups were at war between 645-668 AD. Kim Kwang-sik-I uses cutting-edge cinematic technologies to create spectacular action sequences in "The Great Battle" which stars Jo In-sung ("The King"), Nam Joo-hyuk ("Bride of the Water God 2017") and Park Sung-woong ("The Swindlers"). The discs also come with a behind-the-scenes featurette with commentary from the director and cast.

Synopsis:
With epic scale and breathtaking action, "The Great Battle" tells the story of the Siege of Ansi, where Goguryeo forces held their fortress against 200,000 invading Tang soldiers in a battle that raged for 88 days.

"The Great Battle" has a runtime of approximately 136 minutes and is not rated.