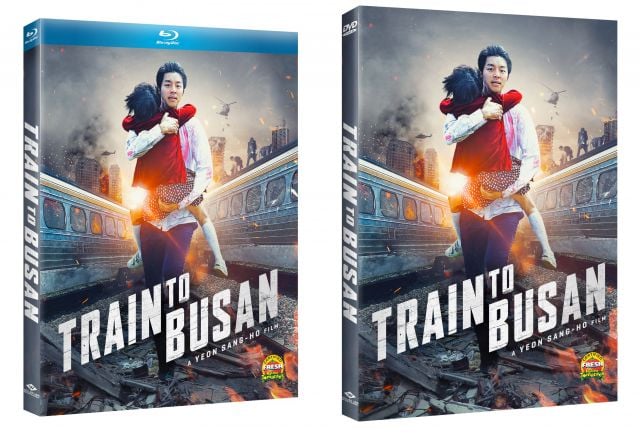 "In the manner of the most enjoyable horror pictures,
every time you think things can't get worse, they do". ~ Rene Rodriguez, MIAMI HERALD

"The most purely entertaining zombie film in some time, finding echoes of George Romero's and Danny Boyle's work, but delivering something unique for an era in which kindness to others seems more essential than ever". ~ Brian Tallerico, ROGEREBERT.COM

Synopsis:
"Train to Busan" is a harrowing zombie horror-thriller that follows a group of terrified passengers fighting their way through a countrywide viral outbreak, trapped on a suspicion-filled, blood-drenched bullet train ride to the Safe Zone...which may or may not still be there.

Bonus Materials Include:
Two Featurettes:
Behind the Scenes
That's A Wrap