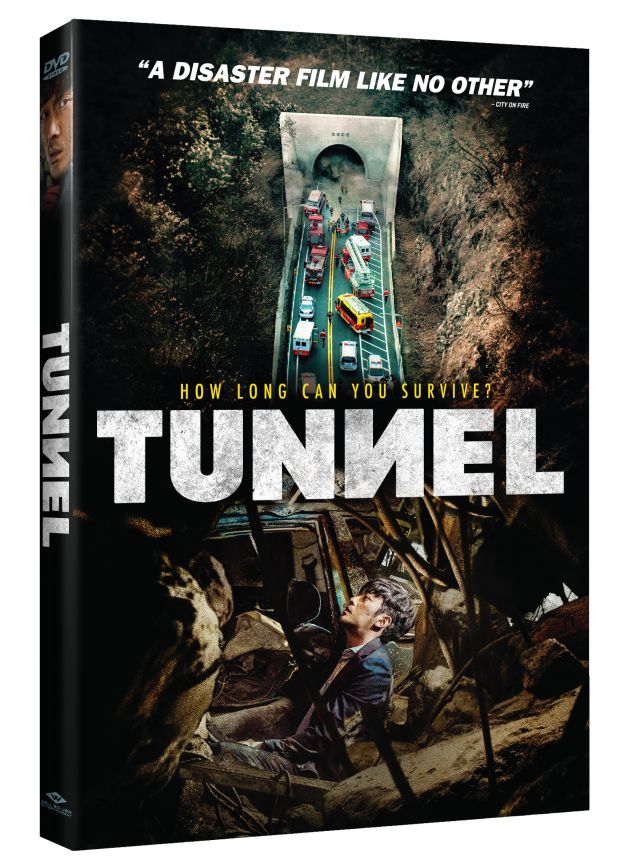 "Infusing its nightmarish scenario with bracing doses of satirical humor, Tunnel is smarter and more sophisticated than most Hollywood attempts at the genre".
~ Frank Scheck, THE HOLLYWOOD REPORTER

"Tunnel is one of the most compassionate films of the year with a horrifically executed disaster and an emotional powerhouse odyssey overall". ~ Chris Sawin, EXAMINER.COM

How Long Can You Survive?

Debuting on Digital April 4 & on DVD May 2

South Korean superstar Ha Jung-woo ("The Handmaiden") plays a car salesman fighting for survival inside a collapsed tunnel while rescue workers race against time to free him in the tense, taunt thriller "Tunnel", from internationally-acclaimed director Kim Seong-hun ("A Hard Day"). With draining cell phone battery power and a rescue effort that might end before they locate him, days pass by without success, and people start to lose hope as the rescue operation becomes an ordeal when incompetence, the media and government interference slow down the process. Tom Keogh of The Seattle Times notes that there's "a lot to juggle, and Kim handles it effectively while delivering, bottom line, a harrowing spectacle that makes one forget to breathe". Also starring Bae Doona (Netflix's "Sense8") and Oh Dal-soo ("Old Boy"), "Tunnel" debuts on digital April 4 and on DVD May 2 from Well Go USA Entertainment.

Synopsis:
When a tunnel collapses on Jung-soo (Ha Jung-woo), the ensuing rescue operation becomes the subject of widespread media coverage and frenzy. But days go by, nerves stretch thin, and Jung-soo must struggle for his life in the suffocating darkness alone.

"Tunnel" has a runtime of approximately 127 minutes and is not rated.

3 DVDs to be given away