"Useless Romance" to be starred by Donghyun and Ha Yeon-joo 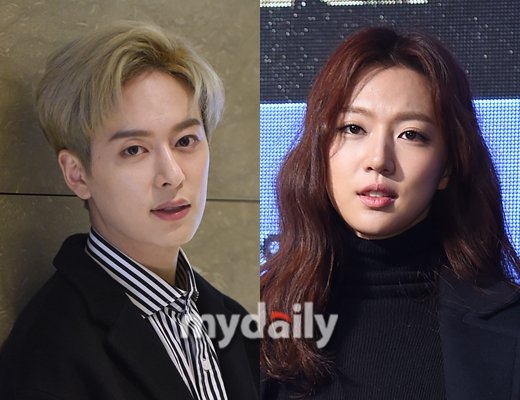 A web-drama based on female soldiers is being starred by Boyfriend's Donghyun and Ha Yeon-joo.

According to sources, "Useless Romance" begins filming on the 18th. It was reported that this drama will be released in February next year on KBSN but things have changed and it will be broadcast on Naver TV in January.

"Useless Romance" is based on the imaginary setting of a time when women must serve in the military.

Donghyun is a singer but he's been in various musicals and web-dramas. He was in the Korean original musical "My Bucket List". His group Boyfriend made a comeback in August this year and he is the only member to get an 'all reboot' in the TV show "The Unit".

""Useless Romance" to be starred by Donghyun and Ha Yeon-joo "
by HanCinema is licensed under a Creative Commons Attribution-Share Alike 3.0 Unported License.
Based on a work from this source