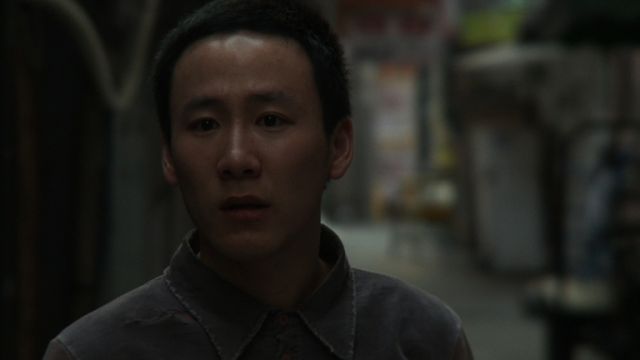 In 2009, KOFIC awarded Stateless Things KW65m (US$61,800) towards aiding its production. Earlier this year, the government-funded organization also selected Kim Kyung-mook's film for domestic distribution support to the sum of KW20m (US$19,000).

About two wayward boys making their way in the streets of Seoul, Stateless Things will have its world premiere at Venice.

In describing parts of the Orizzonti selection, the festival stated, "the power of the framed image and the subversion of film editing are the compelling expressive tools that distinguish the films of Yves Caumon, Amir Naderi, Shinya Tsukamoto, Kim Kyungmook, Gurvinder Singh, Teresa Villaverde, Amiel Courtin-Wilson".

Born in 1985, Kim Kyung-mook dropped out of school at the age of sixteen. He directed his first film, the autobiographical short "Me and Doll-Playing" in 2004. Aside from being a director, Kim is also a critic and columnist.

Amongst his other works, his mid-length feature debut "Faceless Things" (2005), as well as his second mid-length feature "A Cheonggyecheon Dog" (2008) and short film Sex/Less (2009) all screened in the International Film Festival Rotterdam.

Faceless Things received a special mention in the Vancouver film festival's competition for the Dragons and Tigers Award for Young Cinema in 2006.

Stateless Things, which runs at 135 minutes, is technically his third feature film. Faceless Things and A Cheonggychon Dog both run at about 60 minutes.

The 68th Venice Film Festival will be held Aug. 31 – Sept. 10, 2011. The festival has a long history with Korean cinema. Along with numerous films that screened at the festival, that history also includes Kang Soo-yeon winning the best actress award for her performance in Im Kwon-taek's "The Surrogate" (1987), and Lee Chang-dong and Kim Ki-duk both winning best direction awards for their respective films "Oasis" (2002) and "3-Iron" (2004).

"Venice film festival to screen KOFIC support beneficiary "Stateless Things""
by HanCinema is licensed under a Creative Commons Attribution-Share Alike 3.0 Unported License.
Based on a work from this source