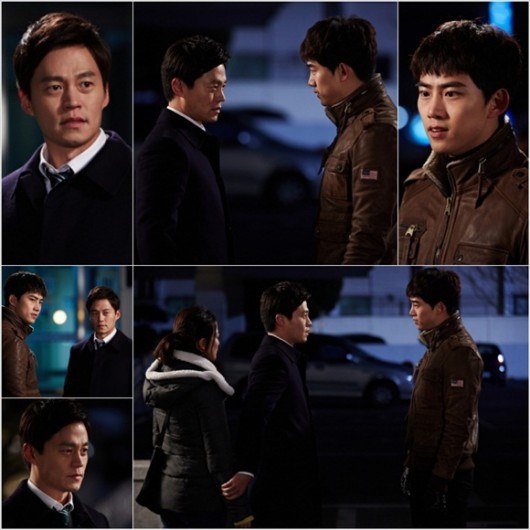 Lee Seo-jin and Ok Taecyeon take on the role of arrogant and bad tempered prosecutor Kang Dong-seok and his brother Kang Dong-hee, a hot-tempered owner of a lender company.

In the pictures, Lee Seo-jin and Ok Taecyeon are glaring at each other, while Lee Seo-jin is holding onto Kim Hee-sun's arm tightly.

They seem to be fighting over a woman.

Netwicks claims, "The two actors' were impressive with their eyes alone. They are working hard in this cold weather so we hope everyone enjoys it".

""Very Good Times" Lee Seo-jin and Ok Taecyeon reunite in 15 years"
by HanCinema is licensed under a Creative Commons Attribution-Share Alike 3.0 Unported License.
Based on a work from this source