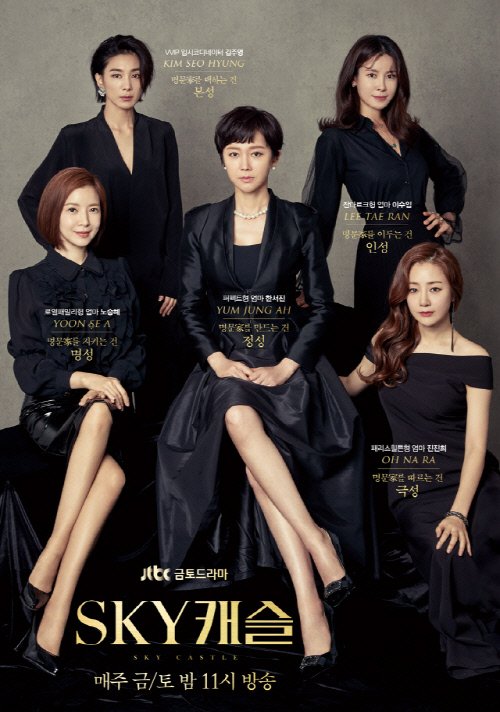 Veteran actors are taking leading roles in "SKY Castle" and other dramas.

To say that only actors in their 20s and 30s take on the lead roles and oust older actors, relegating them to parents or support characters is now false. Veteran actors are now the major players in shows thanks to their experience and expertise.

"SKY Castle" is currently at the heart of JTBC for being one of the top ranking dramas on cable and the main cast includes Kim Seo-hyung, Jung Joon-ho, Lee Tae-ran, and others who are well into their 40s. "SKY Castle" portrays the entrance exam competition in the high class society and what stands out the most is the realistic performance of the cast. Their performance so good that even the villains are relatable. 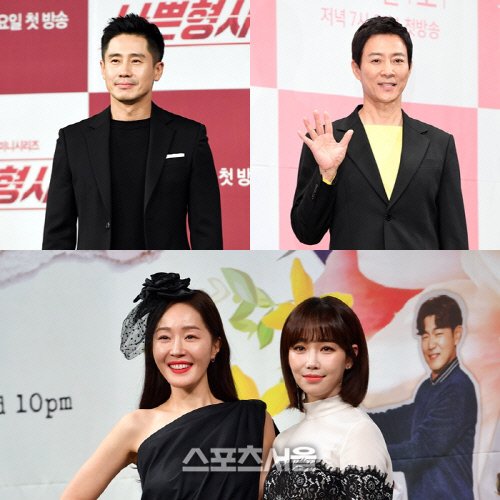 "My Only One" is another drama from KBS 2TV that crossed the 40% viewing percentage threshold starring Choi Soo-jong. Shin Ha-kyun appeared with a bang in the MBC drama "Less Than Evil" and Lee Yu-ri and Uhm Ji-won are in charge of laughter in the latest drama "Spring Turns Into Spring". They are all experts in what they do with 15 years experience or more.

There are more veterans to come in upcoming dramas; "The Banker" due in March stars Kim Sang-joong, Chae Shi-ra, and Yoo Dong-geun. As they are all acting grand prize winners, the actors with proven acting skills meet in one piece and raise expectations for a well-made drama. In February comes OCN's first dramatic cinema "Trap" starring Lee Seo-jin and Sung Dong-il. The JTBC drama "Beautiful World" stars Park Hee-soon, Joo Ja-hyun, Oh Man-suk, and Cho Yeo-jeong as parents, the focal point of the drama. 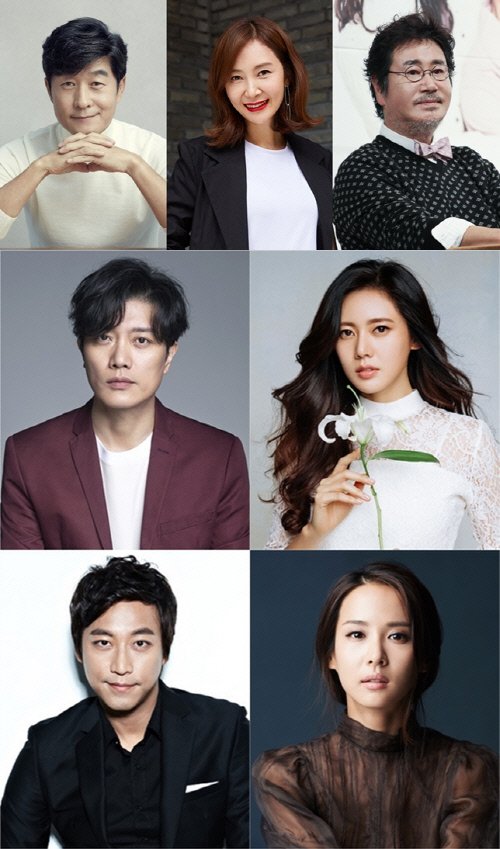 Experience is a major factor regarding these veteran actors. Those who have been recognized for their acting ability in many of their works have the advantage of being able to play all genres. "As viewers' level of expectation have increased, well-made scripts are absolutely necessary", a drama source said. "With young stars, you can enjoy fresh charm and the Hallyu effect, but veteran actors have more power to lead the drama more naturally. They are much more welcome as the main characters because they are better than actors in their 20s with their excellent management skills".

"Veteran Actors Take the Lead in Dramaland"
by HanCinema is licensed under a Creative Commons Attribution-Share Alike 3.0 Unported License.
Based on a work from this source