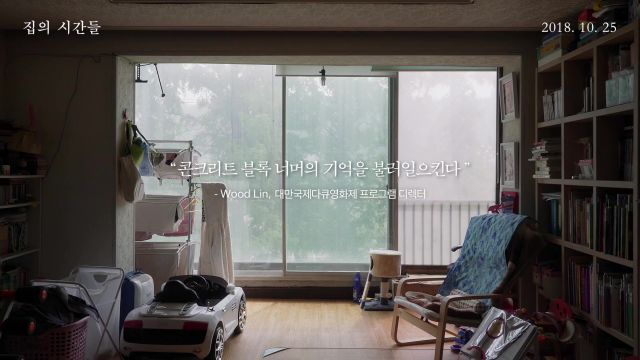 Trailer released for the upcoming Korean documentary "A Long Farewell".

Synopsis
Dunchon Jugong Apts. at the edge of the Seoul. It has been over 10 years since discussions of rebuilding these old Apts. complexes began. The inhabitants tell us about their soon-to-be-demolished houses and Apts. Some people are now raising daughters in the house they lived in since their childhood, some families came from other places and struggled to adjust. As the reconstruction nears reality, the scenery of the Apts. complexes and households is quietly coming to a close.