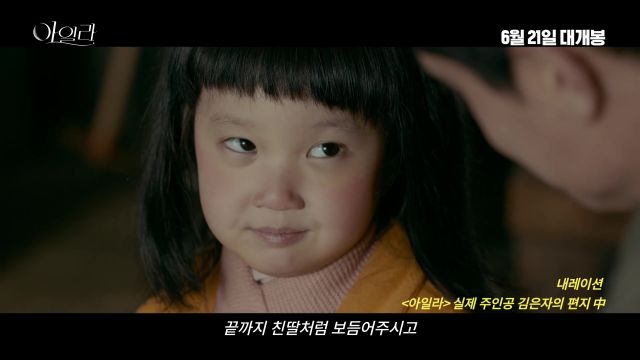 What sounds like the real Ayla narrating in the 30-second trailer for "Ayla: The Daughter of War" tells of her love and thanks for the man who saved her life and became her wartime father.

Synopsis
upcoming Korean-Turkish co-production about a destined encounter in crossfire and 60 years of yearning.
The true story of Süleyman, a soldier in the upcoming Korean War, and 5 year-old girl Ayla!

Süleyman was dispatched to the upcoming Korean War in 1950 and he finds a 5 year-old girl all alone in the dark. She lost her parents and couldn't speak due to shock.

Süleyman names her Ayla, which means 'moon' in Turkish, and takes her to his camp.
They come to depend on each other until Süleyman is told to return to his country with the end of the war and he makes a decision despite all resistance to keep Ayla next to him.