[Video] A Powerful New Trailer for "Monstrum" Is Released 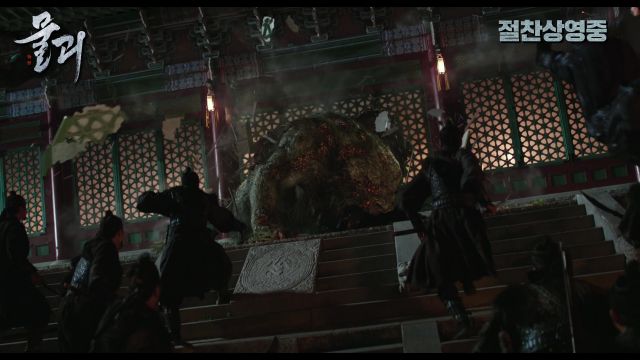 Also known as Strange Object, Monster, Water Monster, Mulgoe and formerly known as "The Accident: Attack of the Monstrous Thing" (작서의 변: 물괴의 습격, jag-seo-eui byeon : mool-goi-eui seub-gyeok)
Wrapped up fiming : 2017/07/21
Synopsis
A Mysterious Creature Terrorizes Mount Inwangsan
It's the 22nd year of Jungjong. The plague has taken over Joseon, and fear runs rampant in the streets. When rumors of a vicious beast roaming Mount Inwangsan-called "Monstrum" by terrified masses-begin to spread, fear turns into panic. In order to quell the rising panic, Jungjong brings back his most trusted general Yoon-gyeom from retirement. Joined by his daughter Myeong, his right-hand man Seong-han, and royal court officer Heo, Yoon-gyeom sets out to find the mysterious creature.
Is the creature, Monstrum real? Or a figment of the fearful mass' imagination? Will the people of Joseon ever live in peace again?