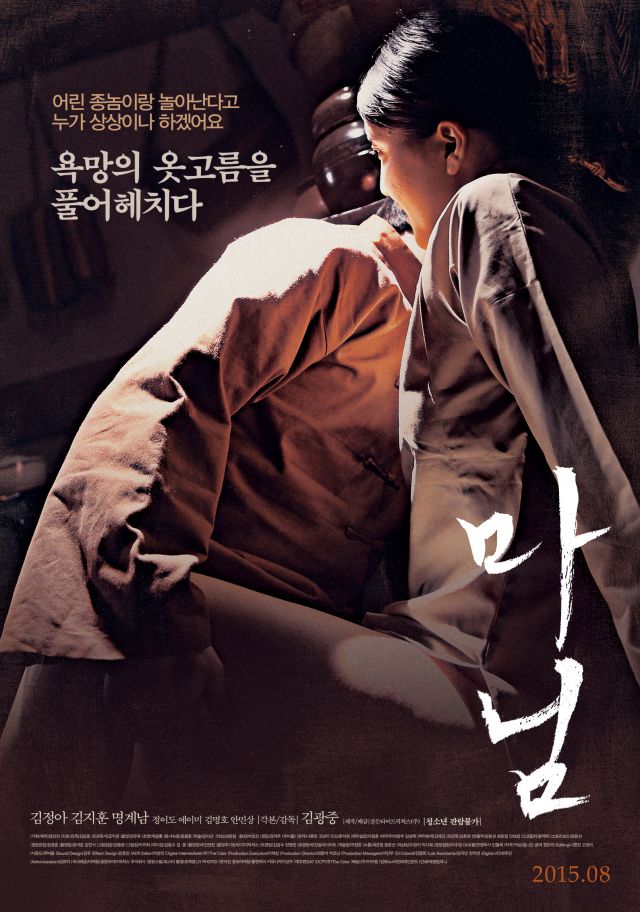 Synopsis
Oppressed desires, forbidden seduction
"Do it anytime you like~"

Ma-nim (Kim Jeong-ah) becomes a widow after her husband dies from sickness and she arrives at Bukgando to get remarried. Her new husband is a handsome and wealthy man but he is killed by a Japanese even before she spends a night with him. Ma-nim is alone in the big house once again. Everyone by her husband's side leaves and only the grandfather and slave named Bau are left behind. One day, Ma-nim notices that Bau has a way of staring at her and she is overcome by a strange feeling. She'd to oppress her desires as a woman because of her two short marriages and strict identity. Bau had never made love with a woman before but she didn't mind his gaze on her. The two of them start a forbidden love behind grandfather's back...