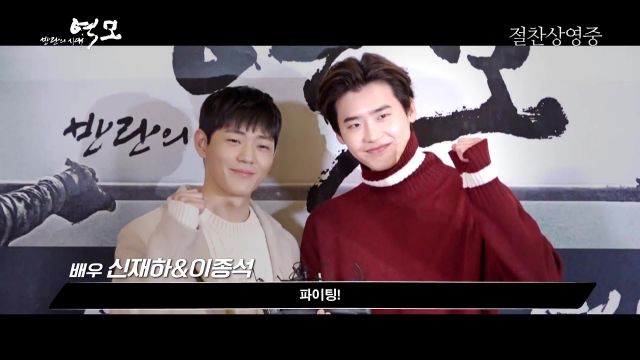 Celebrities took to theaters to support their fellow actors and to cheer on cast of crew in "The Age of Blood".

Formerly known as "Conspiracy - Age of Rebellion", "Two Cops Zero: Two Constables" (투캅스 제로 : TWO포졸, too-kab-seu je-lo too-po-jol) and "Two Constables" (두포졸, doo-po-jol)
Filming began : 2015/07/22
Synopsis
Based in the Joseon times during the era of Seongjong and Jongjong, this is the story of the battle to protect a king.