[Video] "Cinema With You" Shares Special Trailer in Anticipation of Release 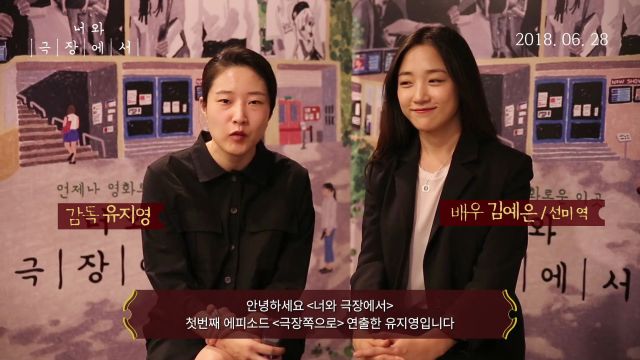 Trailer released for the upcoming Korean movie "Cinema with You".

Formerly known as "At the Theater With You"
Synopsis
Episode 1 - To the Theater
After receiving a note asking to meet at the theater, a person who eats the same lunch every day and who never experiences anything out of the ordinary is immediately curious. She goes to the theater, but gets lost and is forced to confront her inner loneliness.