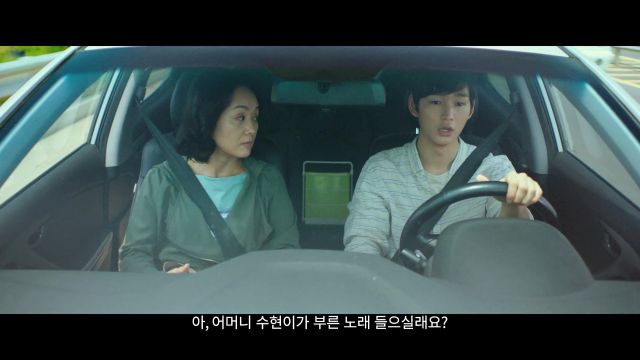 A son and his mother listen to Dear Cloud's "Late Night Chat", which then becomes the back track for the "In Between Seasons" music video. It's a lovely pairing of emotion and beautiful music.

Synopsis
Three people, two with secrets come across a season they never thought of.

Mi-kyeong lives apart from her husband with a teenage son named Soo-hyeon. He's not very affectionate to her but he's a good kid.
One day, Soo-hyeon brings a friend named Yong-joon to his house as he's going through some difficulties. Yong-joon doesn't say much and has a shadow over his face. A few years later, Soo-hyeon and Yong-joon who reunite in the military go on a trip but goes into critical condition after a car accident. Mi-kyeong has to take care of her paralyzed son Soo-hyeon and resents Yong-joon who came back fine and alive. Mi-kyeong later finds out a secret between her son and his friend and quietly disappears with him.