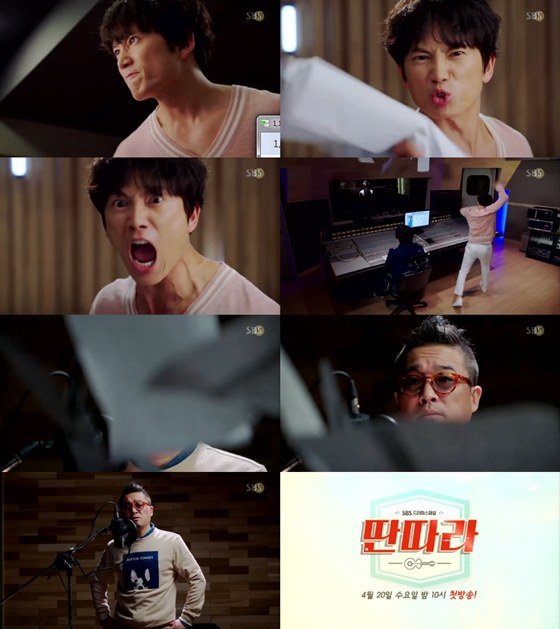 Singer Kim Gun-mo featured in the "Entertainers" teaser has been released.

The teaser for the SBS drama "Entertainers" was released on the 11th.

The teaser starts with KTOP Entertainment CEO Sin Seok-ho played by Ji Sung, saying "Again". He continued to say that at the recording studio as if he wasn't happy about something. He even yelled, "Are you here to play? Are you an entertainer?" and threw down the music chart that was in his hands.

The person being scolded by him is no other than Kim Gun-mo. He looks at Ji Sung with an expression that says, "I am an entertainer" and soon he's dancing with Ji Sung in the studio.

Meanwhile, "Entertainers" is the story of an audacious manager at the edge of a cliff and a an amateur band named Entertainers".

"[Video] "Entertainers" Ji Sung X Kim Gun-mo collaboration teaser"
by HanCinema is licensed under a Creative Commons Attribution-Share Alike 3.0 Unported License.
Based on a work from this source