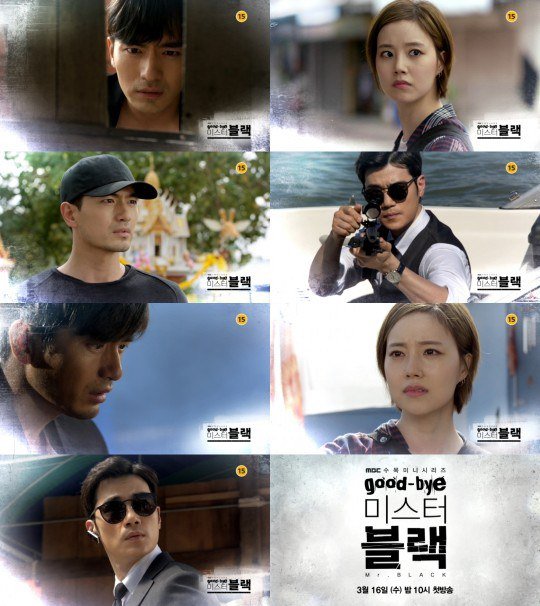 The first teaser for the new MBC drama "Goodbye Mr. Black" was released. The teaser shows intense storyline and it was shot in Thailand.

The teaser starts off in the streets of Bangkok, Thailand. Lee Jin-wook (Black, Cha Ji-won) is running around after someone and Moon Chae-won (Kim Swan) is going after him desperately. Kim Kang-woo (Min Seon-jae) is pointing his gun at someone.

Lee Jin-wook was being chased by someone because he'd been framed for murder. He is tracking down the person who did this to him and to reveal the truth. The teaser alone looked like a scene from a movie with all its action and intensity. The scene with the jet ski added excitement.

Lee Jin-wook heads for revenge while Moon Chae-won is waiting for him. Her line, "Black, are you really leaving?" seems so affectionate and heart breaking.

Kim Kang-woo unleashed charisma in every scene he is in. He overpowered the screens with his quick moves and action. His lines, "You have to see the end if you started something" and "You don't need a murderer alive" is almost so cold.

"Goodbye Mr. Black" is based on an original comic about a man's desperate revenge and romance. The drama will be revealed on the 16th of March.