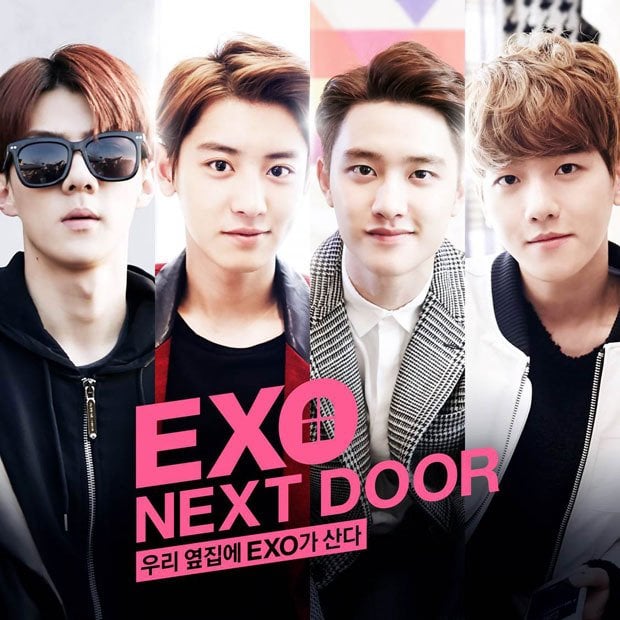 16 episodes - Tue, Thu 22:00
Synopsis
Ji Yeon-hee (Moon Ga-young) is an offbeat girl living an unremarkable life, but when the K-pop group EXO - (played by EXO members Chanyeol, Do Kyung-soo, Baekhyun, and Sehun) - moves in next door, her life suddenly becomes the ultimate "boy next door" fantasy. And to top it off, both Chanyeol and Kyeong-soo both develop feelings for their unwitting neighbor. Can Yeon-hee handle a love triangle with two of the hottest boys in the block (and in the world)?

Added episode 1 for the Korean drama 'EXO Next Door'