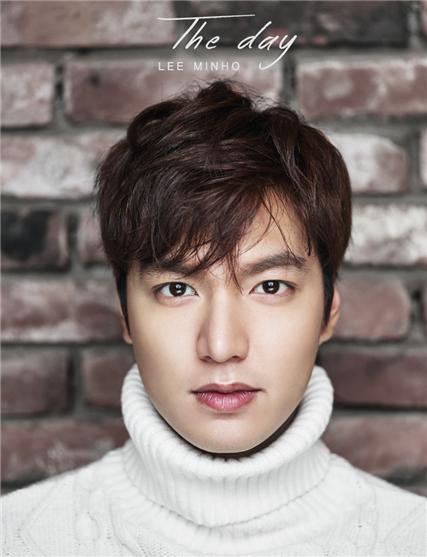 Actor Lee Min-ho's single "The Day" is in second place on the Japanese Oricon Charts.

The single album which came out on the 30th in Japan made it to Top 2 without promotion which is a rare case.

"The Day" even beat a Japanese girl group on the charts. In Top 1 is another girl group by the name of NMB48 and the gap between them and Lee Min-ho is only very slight.

The single album is a token of appreciation for the fans who have been with him until now. Those fans who understood his motive have shown their response through the Oricon Charts.

The Lee Min-ho 'effect' is great even in China. "The Day" was released in China on the 25th of November and QQ Music even had Lee Min-ho's single album on its website background.

He wrote the song "Thank You" for his fans on his birthday and the other songs on his single are also written by him. The song "Present" is about how preciously he thinks of his fans. The song "Like Then" is about wanting to be with his fans forever.

Lee Min-ho has been regularly releasing singles from the year 2013. His first single is "My Everything" and his second is "Song For You".

"The Day" was released on the 25th and 30th of November in China and Japan. The album will be released worldwide on the 4th.

Lee Min-ho is also hosting an exclusive concert at the Kyeonghee University on the 16th of January. Tickets were released on the 23rd last month and was sold out under a minute.

Meanwhile, Lee Min-ho is currently in the making of "Bounty Hunters".

"[Video] Lee Min-ho's single "The Day" places 2nd on Oricon Chart"
by HanCinema is licensed under a Creative Commons Attribution-Share Alike 3.0 Unported License.
Based on a work from this source