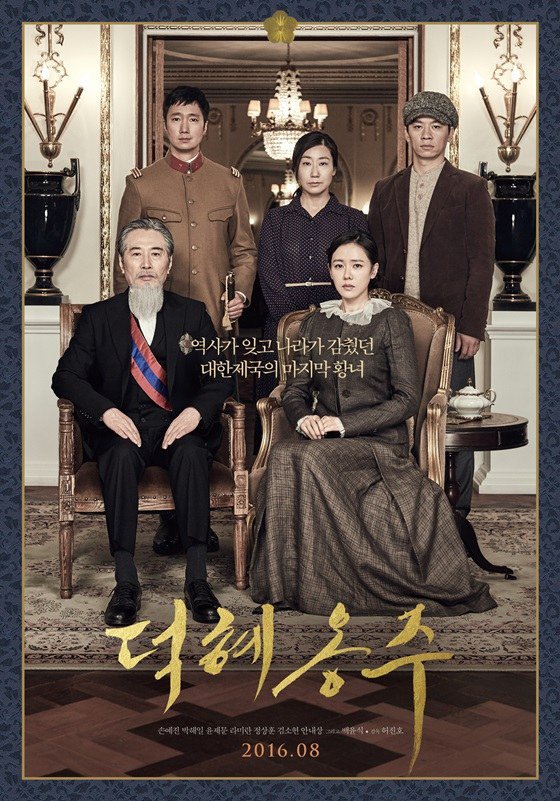 The release date for the story of the last princess of Korean Empire, "The Last Princess" has been set to be sometime in August.

On June 13, the distribution company, Lotte Entertainment has unveiled the teaser trailer and the poster of "The Last Princess" while delivering the news on their premiere date.

"The Last Princess" depicts the forgotten story about the last princess who was taken to Japan as a hostage and later kept trying to return to her country. It is a movie about the princess whom the history has forgotten and the country tried to hide.

In the revealed poster, Son Ye-jin as Princess Deokhye capture your attention with the deep eyes, so deep as if they are telling you her extraordinary life.

This photo shoot for the poster was done in Deoksugung where Gojong, the emperor of Gwangmu, and Princess Deokhye actually stayed. The poster is adorned with the plum blossoms representing the Korean Empire to add the historical value to the story.

The teaser trailer begins with the helpless look of a woman from the back. The weighty phrase on the screen, 'Do you know Princess Deokhye' grabs the viewers' attention quickly. In the following scene, you hear her outcrying, 'I'm a Korean' as her entry to Korea is denied.

Lotte Entertainment said, "Although Princess Deokhye was born as an only daughter to Gojong and grew up in so much special love, she was sent to study in Japan forcefully and had to marry a Japanese man in a political marriage. And then she loses her mother tragically and her daughter is gone missing. The turbulent life of the princess is portrayed in the short preview trailer leaving strong impact to the viewers".

"[Video] Lotte Entertainment sets release date for 'The Last Princess' starring Son Ye-jin and Park Hae-il"
by HanCinema is licensed under a Creative Commons Attribution-Share Alike 3.0 Unported License.
Based on a work from this source