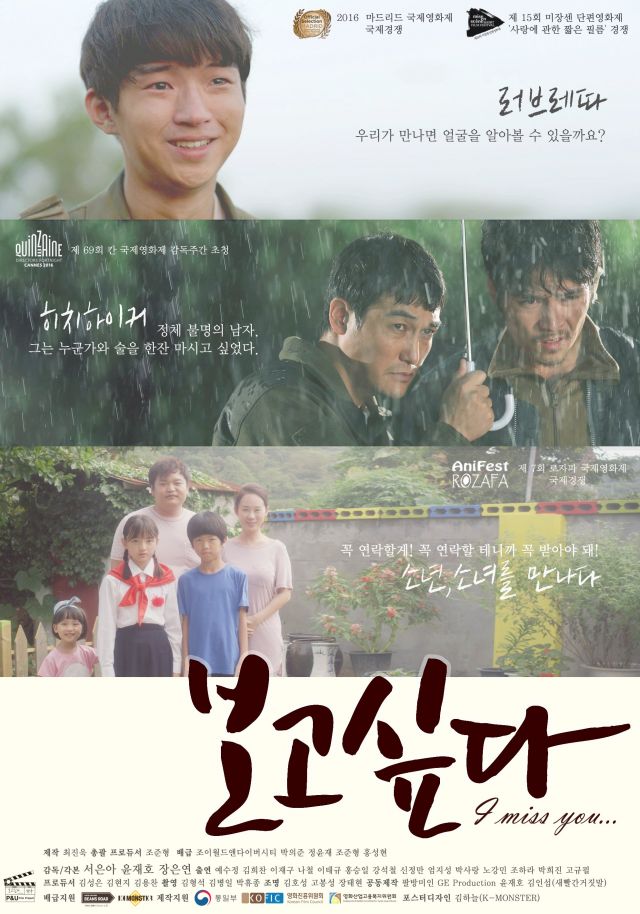 Episode 1: "Love Letter"
Will we be able to recognize each other when we meet? Ok-ja gets married at the age of eighteen but loses her husband to the upcoming Korean War. She spends a tough 55 years on her own and starts to learn how to read and write upcoming Korean at a late age. She writes a letter for the first time for a upcoming Korean writing competition.
Extraordinarily, line by line, her husband from the war writes back to her...

Episode 2: "Hitchhiker"
A mysterious man wanted to drink with someone.
Late night, a middle-aged man is hitchhiking in the middle of an isolated road. When no one stops for him, he throws himself in front of a van. He gets onto the van and suggests to the driver that they go drink. The driver is stunned and judging by the man's shabbiness and North upcoming Korean dialect, he assumes the man is a spy and takes him to a nearby police station. The man is investigated. He doesn't say a word. After the driver returns home, the man faces the squad leader and suggest that they go for a drink.

Episode 3: "Boy Meets Girl"
I will call you! So you better answer your phone!
In the year 2020, a homestay is being conducted for male and female teenagers in preparation for a union between North Korea and South Korea. North upcoming Korean girl Ha-jin goes to South upcoming Korean boy Woo-yeong's house to homestay. Woo-yeong starts to bully Ha-jin who has taken his room, but alas! First love has found its way to these children. Woo-yeong runs away to Seoul with Ha-jin to help her meet her father.