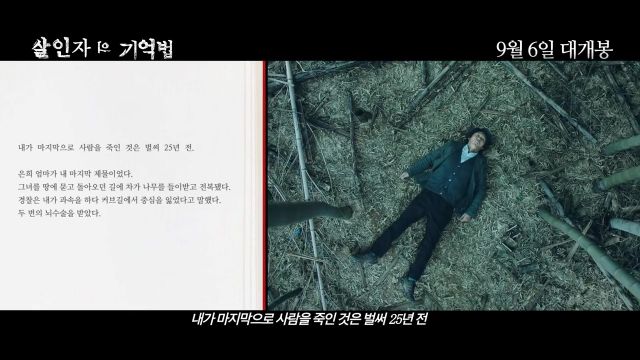 There is no shortage of teasers and trailers for "Memoir of a Murderer", which has been enjoying screenings and press conferences in Korea. This latest video, a written and read narrative of a retired serial killer is no less suspenseful than the material that has come before it. In it, pages written are shown on half of the screen and the words describe the premise that we now well know. The other half of the screen shows the action, mostly of Sol Kyung-gu looking like what can only be described as a mixture of utter confusion and resolute determination.