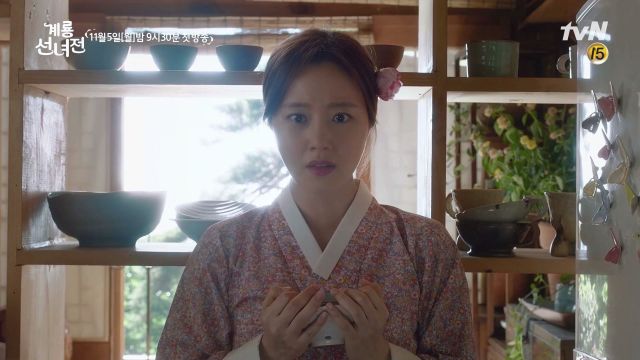 Mon, Tue 21:30
Formerly known as "Gyeryong Fairy Tale"
Synopsis
A pre-produced drama that is based on webtoon that draws from the traditional upcoming Korean folk tale, "The Woodcutter and the Fairy", this drama is a modern twist on the tale of a 699-year-old fairy waits for her love to be re-incarnated through the ages so that she can get her wings back. She currently works as a barista and can also talk to plants. Her outer appearance seems to be an old woman wearing a red flower, but a few people can see her truth, youthful, beauty.