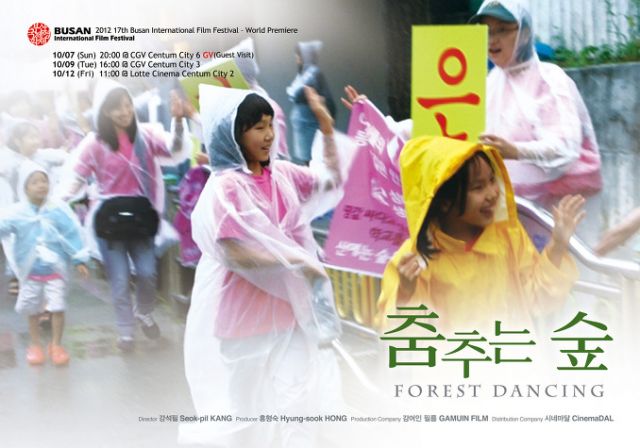 Synopsis
There is a village in the center of the city. It's not a place one rests in between commutes. It's a place where one can greet everyone in the area while on a casual bike ride. It is Seongmisan village. It has been a dozen years since people began gathering at this village with the simple but impossible dream of an ecological urban existence. But Seongmisan has begun dancing to the beat of capitalism and real estate development. It can be a sorrowful dance that spews out unspoken pain or a dance of harmony that embraces everyone. is the directorial debut of veteran producer Kang Seok-pil and it is an invitation by the Seongmisan resident-better known as MacGyver-into his life. The audience gets to meet the other residents and discover the values they hold dear and that compel them to protect Seongmisan. "Feel free to throw questions at closed-minded conventions but never lose one's sense of humor!" The film, like Seongmisan village, is cheerful and warmhearted and asks the question "Am I Iiving a good life?"