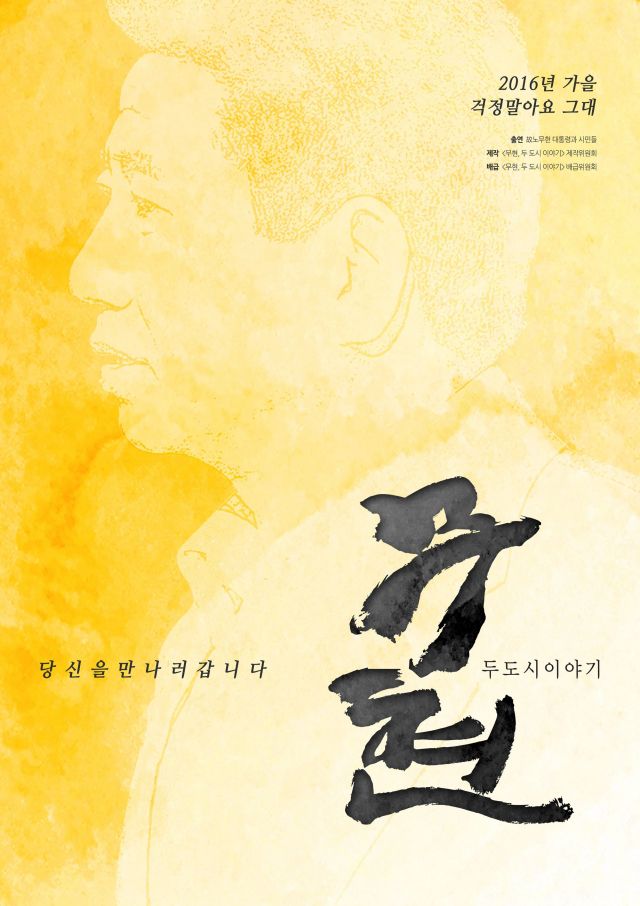 Synopsis
We are coming to you now.

- "From The Story of Two Cities" by Charles Dickens

While writer Kim Won-myeong was thinking hard about the injustice happening around the world, he thought about the time he met Roh Moo-hyun, his father's friend when he was young. Drawing into the seventh year of his death, Won-myeong sets out to find people who have had connections with Moo-hyun in the past. The movie is based on Yeong-nam and Ho-nam, two cities that trace back the steps of Roh Moo-hyun who poured out his passion on the progress of these ares and breaking down authoritarianism. We understand the movie through the words of those who remember him.